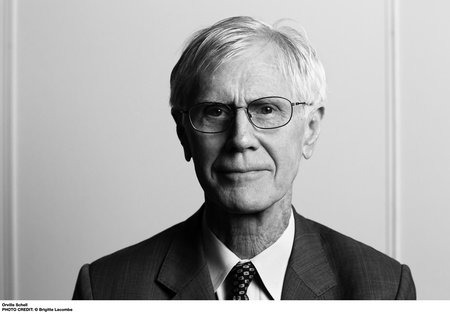 ORVILLE SCHELL is the director of the Center on U.S.-China Relations at the Asia Society. From 1996 to 2007 he was the dean of the Berkeley Graduate School of Journalism. He has written ten nonfiction books on China and contributed to many publications, including The New Yorker, The Atlantic, The Nation, Foreign Affairs, and The New York Review of Books. He is also an Emmy Award-winning producer for PBS, NBC Nightly News, and 60 Minutes. He divides his time between New York City and Berkeley, California.

"Watch Out for the Foreign Guests!"