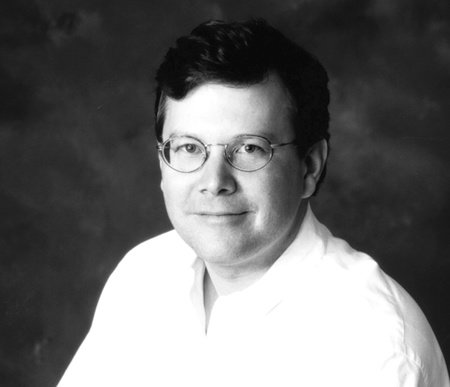 Peter Schweizer is a research fellow at the Hoover Institution, Stanford University, and is the author of numerous books, including Reagan’s War, Clinton Cash, and the New York Times bestseller Do as I Say (Not as I Do): Profiles in Liberal Hypocrisy. He lives in Florida with his wife and sons.

1. Based on numerous academic studies, who knows more about our constitution, how the government works, basic economic principles, and how the economy runs?


2. Rank in order: who gave the most in charity based on both dollar amounts and as a proportion of his income?


3. True or False: Liberals are three times more likely to throw things when they get angry.


4. Compassion is a hot topic in the election. Who is more likely to believe it is there obligation to sacrifice of yourself to help others?

A. Compassionate and caring liberals.
B. Greedy and selfish conservatives.
C. Committed and loving moderates.


5. True or False: Liberals and progressives are more likely to condone lying and cheating as acceptable practices


6. Rush Limbaugh vs. Nancy Pelosi: who actually gives money to people in need?


7. True of False: Conservatives tend to have a better work ethic than liberals.


8.Who is more likely to suffer from depression, attempt suicide, or have a nervous breakdown?


9. True of False: Liberals are more envious and resentful of others


10. True or False: Conservatives are more money-obsessed than liberals

1. B: Conservatives. Studies and surveys routinely show that conservatives are much more knowledgeable on all of these subjects.

2. E: Based on tax returns, George W. Bush has given the highest proportion of his income to charity,
followed in order by Ronald Reagan, FDR, Barack Obama, and Ted Kennedy. Ronald Reagan gave approximately 6% of his income to charity, higher than FDR did during the height of the Great Depression. Obama and Kennedy regularly give 1% of their personal income the charity, according to tax returns.

3. True: Liberals are in general much more angry than conservatives, according to numerous studies.
They are more likely to be angry at strangers, members of their family, and coworkers. Their anger is also reported to be more intense.

4. B: Conservatives. 71% of conservatives say they have an obligation to care for an injured or sick
spouse or parent, compared with less than half (46%) of liberals. Liberals are also less willing to sacrifice their wishes to let someone else succeed, and half as likely to say they will make sacrifices for their children. More than half of progressives said it is okay to break a personal commitment to a friend or relative if it proves too “inconvenient.” Only a quarter of conservatives agreed.

5. True: Numerous academic studies show that liberals and progressives says it is okay to cheat on your spouse, cheat on your taxes, take money that doesn’t belong to you, accept bribes, avoid paying bus or subway fare, let others take the blame for their ethical lapses, and cheat on an exam. They are three times more likely to sell a car with a bad transmission to a family member without telling them.

6. Rush Limbaugh: According to tax records, Limbaugh has donated large sums to orphans, those with medical needs, and soldiers in combat zones. Nancy Pelosi, according to tax filings, donates almost exclusively to prep schools, art museums, and universities.

7. True: Numerous studies show that conservatives work harder, are less likely to call into work sick,
and are more ethical in the workplace. 42% of liberals say they prefer leisure to work, compared with only 15% of conservatives.

8. B: Academic studies show the further to the left you go, the more likely you are to encounter
emotional problems. Liberals are more than twice as likely to suffer from a nervous breakdown, three times as likely to have sought to counseling for mental problems, and much more likely to attempt suicide.

9. True: According to several studies, liberals are two and half times more likely to say they were resentful of others’ success, and 50% more likely to say “I have been jealous of others’ good luck.” One Oxford University study found that egalitarians were much more likely to give up some of their own money if it meant they could take more money from someone else.