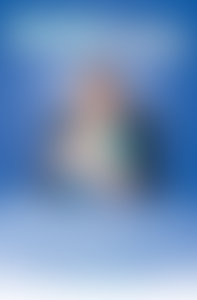 Renowned for his role as Captain James T. Kirk in the highly successful Star Trek television series, which is still syndicated in over 100 countries, William Shatner also starred in the television series T. J. Hooker and appeared in many motion pictures including seven Star Trek movies. Mr. Shatner starred in a ten-part television series for Turner Broadcasting, The Voice of the Planet, which focused on the destruction of the environment, and hosted Rescue: 911, highlighting emergency services. Born in Montreal, where his father was a clothing manufacturer, Mr. Shatner developed an early interest in acting and started working professionally at the Canadian Broadcasting Company (CBC) before he reached his teens. He continued at the CBC throughout his schooling, but entered McGill University with the idea that he might join his father’s business. Instead, he was drawn to the theater, and after receiving his degree in business he took the job of assistant manager at the Mountain Playhouse in Montreal. Shatner moved to New York and participated in the golden age of live television with appearances on Playhouse 90 and Studio One. He made his film debut in the 1957 production of The Brothers Karamazov, followed by Judgment at Nuremberg, The Intruder, and other films. During the early 1960s he had guest roles in many of the top television shows. Star Trek was launched in 1966 and continued as a first-run series through 1969. In addition to his career in television and films, Mr. Shatner is a breeder of quarter horses and has had notable success with the American Saddlebred, developing and owning the world champion, Sultan’s Day. He is actively involved in charitable activities for the Juvenile Justice Connection Project, Tourette’s Syndrome, the California Endangered Species Campaign, and Toys for Tots, and also speaks at Star Trek conventions nationwide. William Shatner divides his time between his ranch in northern California, his horsebreeding interests in Kentucky, and a home in Los Angeles.