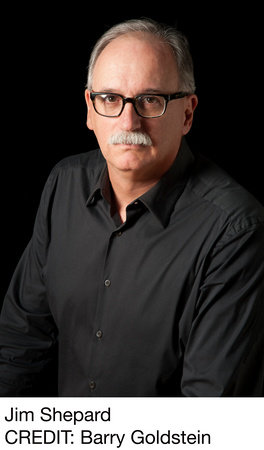 JIM SHEPARD is the author of seven previous novels, most recently The Book of Aron (winner of the 2016 PEN New England Award, the Sophie Brody medal for achievement in Jewish literature, the Ribalow Prize for Jewish literature, the Clark Fiction Prize, and a finalist for the National Jewish Book Award) and five story collections, including Like You’d Understand, Anyway, which was a finalist for the National Book Award and won The Story Prize. His short fiction has appeared in, among other magazines, The New Yorker, Harper’s Magazine, McSweeney’s, The Paris Review, The Atlantic, Esquire, Tin House, Granta, Zoetrope, Electric Literature, and Vice, and has often been selected for The Best American Short Stories and The PEN/O. Henry Prize Stories. He lives in Williamstown, Massachusetts, with his wife, three children, and three beagles, and he teaches at Williams College.

The World to Come

The Book of Aron

Ajax Is All About Attack