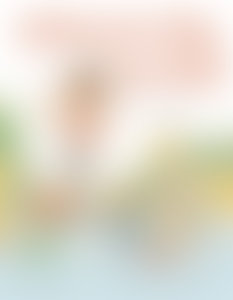 Barbara Bottner grew up wanting to paint, dance, and tell stories. She went to college, studied in Paris as a painter and then, got lucky. She was asked to do sets for an Off Broadway Company called Café LA Mama, with the famous Ellen Stewart, who fostered the talents of people such as Tom O’Horgan, (Hair) Stacy Keach, Sam Shepherd, and Leonard Melfi who were creating experimental new works. The sets created by Bottner, alas, were too large; they overshadowed the actors. She was fired as a set designer and hired as an actress.

For two years she worked with an ensemble group which toured the US and Europe but was based in New York City. During that time she became a substitute teacher to augment her income. Because she had no training in early education, she was forced to make up her own curriculum. (“Couldn’t play the piano or sing,” she sighs.)

“Within a year, she had changed directions. “From out of nowhere,” she says, “I decided to pursue children’s book illustration. I thought I could do original work, rather than go into advertising, or starve as an unproved painter.”

Bottner never dreamed of becoming a writer. But after an award-winning playwright wrote a manuscript for her, which was not accepted, she decided to try for herself. “It was a big surprise, getting to meet editors and receive encouragement,” she says. “That was the old days, when people really had time to foster new talent. I had a few book ‘dummies’ before the first one was accepted. I had so little encouragement as an artist, that I was astonished. It’s really been a wonderful experience for me. The other things I’ve done, journalism, animation, television and script writing, book reviewing, humor essays, non-fiction, all were born from the careful guidance of my editors through the years.

“I also began to teach. Since I was really an uneducated writer, I had to figure out for myself why stories worked or not. I’m proud to say that many writers, full of talent, passed through my doors and through the doors of my heart and learned along with me.”

Barbara Bottner has written and illustrated more than twenty books for children, including Bootsie Barker Bites, which was named a Junior Library Guild Selection for 1992. She also writes for both film and television.

Ms. Bottner lives in Los Angeles with her husband, Gerald, whose music can also cause changes in the weather.

What a Cold Needs