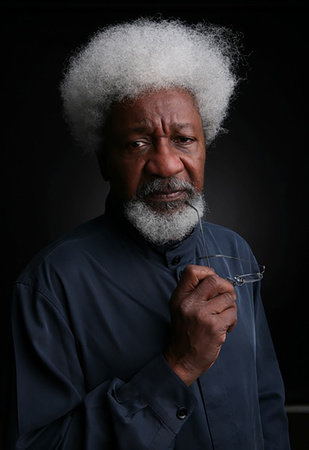 WOLE SOYINKA was awarded the Nobel Prize in Literature in 1986. Born in Abeokuta, Nigeria, in 1934, he is an author, playwright, poet, and political activist whose prolific body of work includes The Interpret­ers, his debut novel that was published in 1965, and Death and the King’s Horseman, a play that was first performed in 1976. So­yinka was twice jailed in Nigeria for his crit­icism of the Nigerian government, and he destroyed his U.S. Green Card in 2016 when Donald Trump was elected president of the United States.

Chronicles from the Land of the Happiest People on Earth

You Must Set Forth at Dawn