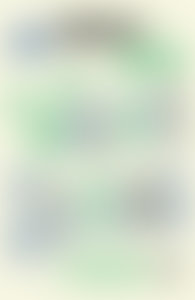 Wallace Stevens was born in Reading, Pennsylvania, on October 2, 1879, and died in Hartford, Connecticut, on August 2, 1955. Although he had contributed to the Harvard Advocate while in college, he began to gain general recognition only when Harriet Monroe included four of his poems in a special 1914 wartime issue of Poetry. Harmonium, his first volume of poems, was published in 1923, and was followed by Ideas of Order (1936), The Man with the Blue Guitar (1937), Parts of a World (1942), Transport to Summer (1947), The Auroras of Autumn (1950), The Necessary Angel (a volume of essays, 1951), The Collected Poems of Wallace Stevens (1954), and Opus Posthumous (first published in 1957, edited by Samuel French Morse; a new, revised, and corrected edition by Milton J. Bates, 1989). Mr. Stevens was awarded the Bollingen Prize in Poetry of the Yale University Library for 1949. In 1951 he won the National Book Award in Poetry for The Auroras of Autumn, in 1955 he won it a second time for The Collected Poems of Wallace Stevens, which was also awarded the Pulitzer Prize in Poetry in 1955. From 1916 on, he was associated with the Hartford Accident and Indemnity Company, of which he became vice president in 1934.

The Collected Poems of Wallace Stevens

Books by Wallace Stevens published by The Library of America

A Note on Poetry
My intention in poetry is to write poetry: to reach and express that which, without any particular definition, everyone recognizes to be poetry, and to do this because I feel the need of doing it.
There is such a complete freedom now-a-days in respect to technique that I am rather inclined to disregard form so long as I am free and can express myself freely. I don’t know of anything, respecting form, that makes much difference. The essential thing in form is to be free in whatever form is used. A free form does not assure freedom. As a form, it is just one more form. So that it comes to this, I suppose, that I believe in freedom regardless of form.

Poetry and Meaning
Things that have their origin in the imagination or in the emotions (poems) very often have meanings that differ in nature from the meanings of things that have their origin in reason. They have imaginative or emotional meanings, not rational meanings, and they communicate these meanings to people who are susceptible to imaginative or emotional meanings. They may communicate nothing at all to people who are open only to rational meanings. In short, things that have their origin in the imagination or in the emotions very often take on a form that is ambiguous or uncertain. It is not possible to attach a single, rational meaning to such things without destroying the imaginative or emotional ambiguity or uncertainty that is inherent in them and that is why poets do not like to explain. That the meanings given by others are sometimes meanings not intended by the poet or that were never present in his mind does not impair them as meanings. On the inside cover of Mahler’s Fifth Symphony recently issued by Columbia there is a note on the meanings of that work. Bruno Walter, however, says that he never heard Mahler intimate that the symphony had any meanings except the meanings of the music. Does this impair the meanings of the commentators as meanings? Certainly this music had no single meaning which alone was the meaning intended and to which one is bound to penetrate. If it had, what justification could the composer have had for concealing it? The score with its markings contains any meaning that imaginative and sensitive listeners find in it. It takes very little to experience the variety in everything. The poet, the musician, both have explicit meanings but they express them in the forms these take and not in explanation.

From Opus Posthumous. Copyright © 1989 by Holly Strevens. All rights reserved. No part of this excerpt may be reproduced or reprinted without permission in writing from the publisher.