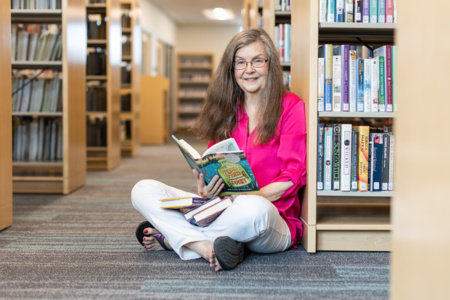 Growing up in eastern North Carolina, Sheila Turnage fell in love with Hatteras Island’s shipwrecks, secret World War II history, and whispered spy stories—which helped inspire her novel Island of Spies. Sheila is the author of the award-winning Mo & Dale mysteries, including Three Times Lucky, a Newbery Honor Book, New York Times bestseller, and  Edgar Award finalist; The Ghosts of Tupelo Landing, also a New York Times bestseller and recipient of five starred reviews; and The Odds of Getting Even and The Law of Finders Keepers, both recipients of numerous starred reviews. Sheila is also the author of two nonfiction adult books, a poetry collection, and a picture book, Trout the Magnificent, illustrated by Janet Stevens. She lives on a farm in eastern NC with her husband, a very smart dog, a flock of chickens and guineas, one lonely goose, and a couple of sweet-faced goats. She still loves visiting Hatteras Island.

The Law of Finders Keepers

The Odds of Getting Even

The Ghosts of Tupelo Landing