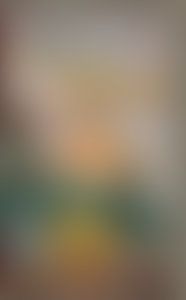 Margaret Weis was born and raised in Independence, Missouri. She attended the University of Missouri, Columbia, graduating in 1970 with a BA in creative writing. In 1983, Weis was hired as book editor at TSR, Inc., producers of the Dungeons and Dragons role-playing game. Here she met game designer Tracy Hickman and the two teamed up to write the bestselling Dragonlance novels. Weis has two children, David and Elizabeth Baldwin. Weis and husband Don Perrin live in a converted barn in Wisconsin with two collie dogs, Laddie and Robbie; a Sheltie, Jo-jo; and two cats, Nickolai Mouse-slayer and Motley Tatters.

Tracy Raye Hickman was born in Salt Lake City. He currently resides in a large Victorian home he built for his wife and four children in the tall mountain pines of Flagstaff, Arizona. He has co-authored with Margaret Weis four New York Times bestselling series, including the Death Gate Cycle and the Dragonlance series which have more than eleven million copies in print and has published his own solo works as well.

Robert Krammes lives in Southwest Ohio with his wife Mary and their two cats. He is a longtime member of The Society for Creative Anachronism, an avid Cincinnati Bengals fan, and a backyard birdwatcher.

Books by Margaret Weis published by Wizards of the Coast

Star of the Guardians