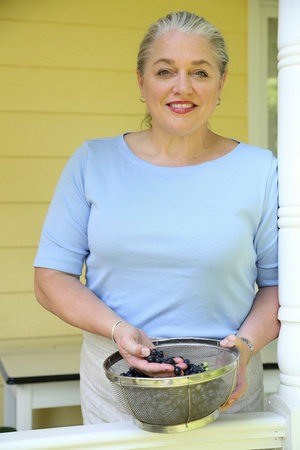 Virginia Willis is the author of Bon Appétit, Y’all, which was nominated for the IACP Best American Cookbook award and voted the Comfort Food Book of the Year by the Chicago Tribune. She has been featured in Cooking with Paula Deen, House Beautiful, The Washington Post, Houston Chronicle, and San Francisco Chronicle, among other publications. Willis has appeared on Real Simple Television, Martha Stewart Living, Paula Deen’s Best Dishes, and numerous local television shows across the country.    A graduate of L’Academie de Cuisine and Ecole de Cuisine La Varenne, Willis has served as a television producer for Turner South and Shirley Corriher, was the kitchen director for Martha Stewart Living Television, and was the executive producer of The Discovery Channel’s Epicurious. She lives in Atlanta, Georgia. Learn more at virginiawillis.com.