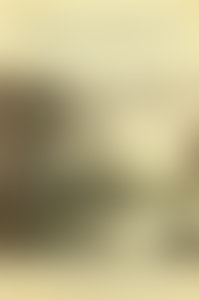 Born in Meridian, Mississippi, in 1963, Greg Keyes spent his early years roaming the forests of his native state and the red rock cliffs of the Navajo Indian reservation in Arizona. He earned his B.A. in anthropology from Mississippi State University and a master’s degree from the University of Georgia, where he did course work for a Ph.D. He lives in Savannah, Georgia, where, in addition to full-time writing, he practices ethnic cooking—particularly Central American, Szechuan, Malaysian, and Turkish cuisines—and Kapucha Toli, a Choctaw game involving heavy sticks and no rules. While researching the Age of Unreason series, he took up fencing, and now competes nationally. Greg is the author of The Waterborn, The Blackgod, the Babylon 5 Psi Corps trilogy, the Age of Unreason tetrology (for which he won the prestigious Le Grand Prix de l’Imaginaire award), and three New York Times bestselling Star Wars novels in the New Jedi Order series.

Godzilla: King of the Monsters – The Official Movie Novelization

War for the Planet of the Apes: Revelations

The Kingdoms of Thorn and Bone