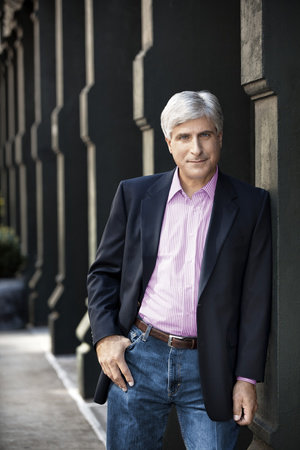 Steve Berry is the New York Times and #1 internationally bestselling author of The Lincoln Myth, The King’s Deception, The Columbus Affair, The Jefferson Key, The Emperor’s Tomb, The Paris Vendetta, The Charlemagne Pursuit, The Venetian Betrayal, The Alexandria Link, The Templar Legacy, The Third Secret, The Romanov Prophecy, and The Amber Room. His books have been translated into 40 languages with more than 17,000,000 copies in 51 countries.

History lies at the heart of every Steve Berry novel. It’s this passion, one he shares with his wife, Elizabeth, that led them to create History Matters, a foundation dedicated to historic preservation. Since 2009 Steve and Elizabeth have traveled across the country to save endangered historic treasures, raising money via lectures, receptions, galas, luncheons, dinners, and their popular writers’ workshops. To date, nearly 2,500 students have attended those workshops. In 2012 their work was recognized by the American Library Association, which named Steve the first spokesman for National Preservation Week. He was also appointed by the Smithsonian Board of Regents to serve on the Smithsonian Libraries Advisory Board to help promote and support the libraries in their mission to provide information in all forms to scientists, curators, scholars, students, and the public at large. He has received the Royden B. Davis Distinguished Author Award and the 2013 Writers for Writers Award from Poets & Writers. His novel The Columbus Affair earned him the Anne Frank Human Writes Award, and his historic preservation work merited the 2013 Silver Bullet from International Thriller Writers.

Steve Berry was born and raised in Georgia, graduating from the Walter F. George School of Law at Mercer University. He was a trial lawyer for 30 years and held elective office for 14 of those years. He is a founding member of International Thriller Writers—a group of more than 2,600 thriller writers from around the world—and served three years as its co-president.

The Columbus Affair: A Novel (with bonus short story The Admiral’s Mark)

Three Tales from the World of Cotton Malone: The Balkan Escape, The Devil’s Gold, and The Admiral’s Mark (Short Stories)