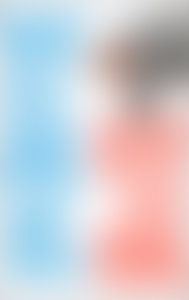 James Carville is an American political consultant, commentator, educator, attorney, and prominent liberal pundit. He lives in New Orleans with his wife, Mary Matalin, and their two daughters. Carville, who probably has managed more campaigns than any other political consultant in America, got his first job in politics—canvassing for a car dealer running for the Louisiana state legislature—while still a student at Ascension Catholic High School. He managed his first campaign, a U.S. Senate race in Virginia, in 1982. The following year, while managing Lloyd Doggett’s unsuccessful bid for governor of Texas, he acquired the nickname “Ragin’ Cajun” and began his odd-couple professional collaboration with Paul Begala, who had just graduated from the University of Texas. The two teamed up full time in 1989 and formed the Carville & Begala political consulting firm, specializing in strategy, message development, “earned media,” and, above all, winning elections for Democrats.  Carville’s long list of electoral successes also includes the 1991 U.S. Senate victory of Harris Wofford over Richard Thornburgh, in Pennsylvania; the 1990 gubernatorial victories of Zell Miller, in Georgia, and Robert P. Casey, in Pennsylvania; the 1988 re-election of Senator Frank R. Lautenberg, in New Jersey; the 1987 gubernatorial victory of Wallace Wilkinson, in Kentucky; and the 1986 gubernatorial victory of Robert Casey, in Pennsylvania.

In 1996, political strategist James Carville wrote a book called We’re Right, They’re Wrong. It was a campaign book pegged to Bill Clinton’s reelection, and he hit on topics like Wall Street regulation, income inequality, and racial profiling by law enforcement.

“If you’re a Democrat and you look at how often we’ve been right since the turn of the century, you’d think we were a bunch of oracles writing our policy papers with a crystal ball,” Carville writes in We’re Still Right, They’re Still Wrong. “Our brand of progressivism works and the Republicans’ brand of conservatism doesn’t. We have twenty years of evidence now to back this up.”

Carville’s major thesis isn’t so much the similarity of the issues from twenty years ago to today but that Republicans haven’t learned anything in the intervening period. On everything from climate change to tax cuts, Carville finds a Republican Party living in a country vastly different than the one in their constructed reality.

Carville sat down with Penguin Random House to talk about his new book, a changing electorate, and the state of the 2016 election.

PENGUIN RANDOM HOUSE: As someone from Louisiana, I’m sure you have a very personal perspective on the recent flooding there. Are some of those areas too flood-prone to be livable?

JAMES CARVILLE: No. People need to realize that these houses were not in flood zones. In most instances, they weren’t even required by their lenders to have flood insurance. This was a 10,000-year flood, and people no more need to rethink livability there than in California with earthquakes or Kansas with tornadoes.

PRH: Did you grow up knowing who Huey Long was?

JC: Oh, very much so. Weirdly enough, my great-grandfather was a Republican in the Louisiana legislature after the Civil War, and a lot of my family didn’t like Huey Long. I studied T. Harry Williams at LSU, who wrote the Pulitzer Prize-winning biography of Huey Long. I would say my feelings toward Long are complicated.

PRH: Do you think the shades of Huey Long that people find in Donald Trump are fair?

JC: Huey Long was a smart guy. He was self-made and understood governing. Trump is a celebrity who’s hit a seam. Trump’s message is that we can return to something we had — some mythical year like 1958. I can see where people want to draw conclusions, but I think there are some pretty stark differences.

PRH: There’s a lot in the book about tax policy and income inequality that are the same things that happened in the 1990s, and I wonder whether we’re coming around to a reality that income inequality is something that just occurs naturally in a market economy. Do you think that’s right?

JC: Capitalism produces wealth, and it can be distributed very unequally. It produces pollution. It tends to labor exploitation. It can produce monopolies. I’m pretty clear in the book that I think it’s by far the preferred economic system but that it has to be checked against its worst impulses. That’s why you need environmental regulation and progressive taxation. That’s why you need antitrust laws. One thing we learned in 2008 is that finance is prone to devour itself.

PRH: Do you sense among the policy people in Clinton’s campaign any frustration that the election is not a conversation about the future of the country?

JC: I know a lot of them — most of them — and they’ve laid out pretty clearly what they want to do. How do have a policy discussion with a campaign that’s gone through three campaign managers?

PRH: Do you think naming Ken Salazar and some of the other people to Clinton’s transition team says particular things about what her policy priorities would be?

PRH: Do you think we’re in an era now where Supreme Court justices are only confirmed when the White House and the Senate are the same party?

JC: More so now than before, but the public certainly wouldn’t put up with that. The Senate Democrats won’t let Republicans filibuster for two years. They’re going to confirm a bucket load of judges.

JC: When I started as a political consultant in the 1980s and well into the ’90s, the Democratic Party was an urban and rural party, and the Republicans were a suburban party. What’s happened since 1988 is that Democrats have become more suburban and Republicans have become more rural and small-town. You can see it clearly in a place like Virginia, you can see it in North Carolina, and you’re starting to see it in Georgia.

In 1988, West Virginia was a reliable Democratic state that Dukakis carried, and George H.W. Bush carried New Jersey. Now, you’d be hard-pressed to find a bluer state than New Jersey or a redder state than West Virginia. In 1986 when I ran Bob Casey’s campaign for governor, we carried all of the counties in southwestern Pennsylvania and about thirty-six percent in the suburban counties around Philadelphia. Now, other than Allegheny County, Clinton won’t carry any of southwestern Pennsylvania, but she’ll get probably sixty percent in the suburban counties. Suburban voters have become decidedly more Democratic, and I think you’re seeing that in places like North Carolina and Georgia.

PRH: I’m sure you know that the “Documentary Now!” series on IFC is doing a parody of “The War Room.” Have you seen it yet?

JC: [Laughs.] I haven’t seen it, but they came by and talked to me. I can’t wait to see it. Bill Hader is playing me. He used to play me on Saturday Night Live.

PRH: Have you seen anyone else do a good Carville impression lately?

JC: I’ve heard people say Luke Wilson does a great impression. I just saw him, but he wouldn’t do it in front of me.