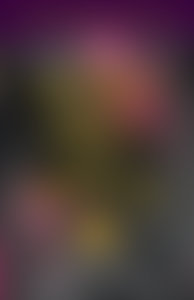 Jack L. Chalker was born in Baltimore, Maryland, on December 17, 1944. While still in high school, he began writing for the amateur science-fiction press, and in 1960 he launched the Hugo-nominated amateur magazine Mirage. A year later he founded Mirage Press, which grew into a major specialty publisher of nonfiction and reference books on science fiction and fantasy.

His first novel, A Jungle of Stars, was published in 1976, and he became a full-time novelist two years later with the major popular success of Midnight at the Well of Souls. Chalker is an active conservationist and enjoys traveling, consumer electronics, and computers. He is also a noted speaker on science fiction and fantasy at numerous colleges and universities. He is a passionate lover of steamboats, in particular ferryboats, and has ridden more than three hundred ferries in the United States and elsewhere.

Sign me up for news about Jack L. Chalker and more from Penguin Random House

Ghost of the Well of Souls

The Sea Is Full of Stars

Echoes of the Well of Souls