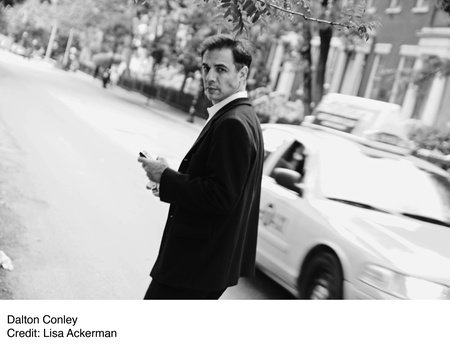 Dalton Conley is a professor of sociology at Princeton University. In 2005, Conley became the first sociologist to win the prestigious National Science Foundation’s Alan T. Waterman Award, which honors an outstanding young U.S. scientist or engineer. He writes for the New York Times, the Los Angeles Times, The Nation,Slate, and Forbes. He is the author of Honky (2001) and The Pecking Order: A Bold New Look at How Family and Society Determine Who We Become (2004). His other books include Being Black, Living in the Red: Race, Wealth, and Social Policy in America (1999), The Starting Gate: Birth Weight and Life Chances (2003), and Elsewhere, U.S.A. (2009).