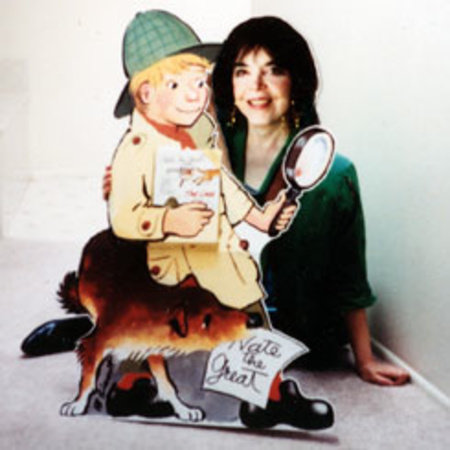 Born in Portland, Maine, in 1928, Marjorie Weinman Sharmat dreamed of becoming a writer. Little did she know that she would be the author of more than 130 books for children of all ages, which have been translated into 17 languages. Another of her childhood dreams, that of becoming a detective, has also been realized in her most popular Nate the Great series, begun in 1972. Many of Sharmat’s books have been Literary Guild selections and chosen as Books of the Year by the Library of Congress. Several have been made into films for television, including Nate the Great Goes Undercover, winner of the Los Angeles International Children’s Film Festival Award. Nate the Great Saves the King of Sweden has been named one of the New York Public Library’s 100 Titles for Reading and Sharing. Her She lives with her husband in Tuscon, Arizona.

Nate the Great and the Wandering Word

Nate the Great and the Missing Birthday Snake

Nate the Great, Where Are You?