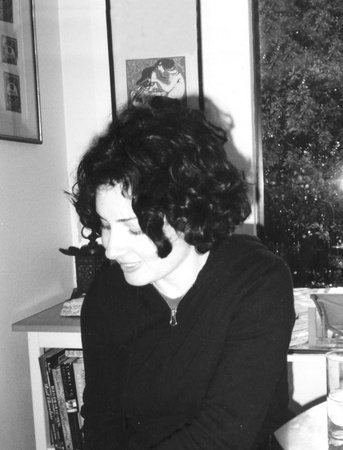 Now that I have two books out, people ask me which is my favorite. When it was just Swollen, I’d always say Upstream. Upstream is my lighter book. The plot moves, and the characters are clearly likeable. Marty (the main character in Upstream) is so together and smart that you can’t help but root for her. It’s set in Alaska, which is my favorite place in the world. Upstream came out pretty much the way it was published. It was easy to write. Swollen, however, I always felt was a struggle to get out and get right. I had to cut 50 pages in the middle and start again. And still people complain that it’s too dark, too suffocating. I agreed with them for a while, until Upstream came out.

Swollen began one day as I was driving through La Jolla, which is a fancy part of San Diego, and I saw a group of girls running on the sidewalk. They were in uniform and there were the girls in the front and the girls in the back, and the few girls in the middle. I thought as I watched them run, what’s it like to be one of the middle girls, and I realized that in high school, and probably in my adult life I was one of them. Never the A number one, and never in the back, but in the middle and mostly I was happy there, but sometimes I wondered what it would be like on either side. There were a ton of books out there about the best girls, and more and more about the worst girls. The books about the worst girls always have a message–don’t smoke, have sex, wear black. And I know I didn’t want a message and I didn’t want to spend 200 pages with the most popular girls in school, so I wrote about a middle girl. Sam is very close to who I was in high school. I was quiet and just longed to blend in. And I had a boy who I loved deeply, and who broke my heart daily. I think a lot of teen girls fall hard for a guy. There are a few lucky girls who don’t give themselves up for the guy, but mostly that first love is always about him. So Swollen is about that love, and about realizing in the end, that we are still strong girls. We are ourselves and no guy is worth giving that up.

Now that Upstream is out, I want to talk about Swollen. Swollen is my black sheep, my misunderstood baby. And now I want to explain. I’m sure that in the world of promotion, I’m doing a very bad thing. And so for the record, disregard everything I’ve said up until this point. Like any good mother, I love both of my children equally. But when no one is looking, I’ll tell Swollen that in my heart I love her the best. Until the third book comes along.