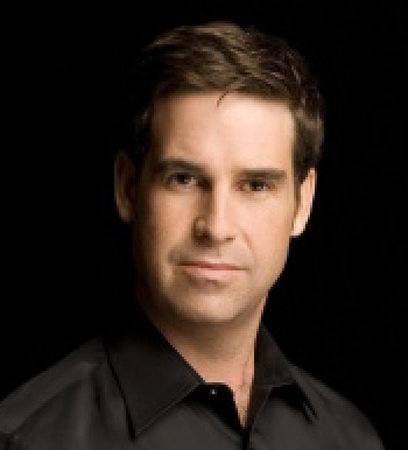 Andrew Davidson graduated from the Royal College of Art with a Masters in Graphic Design. Davidson has worked as an illustrator in a number of different disciplines, but craft and design have always been the cornerstones of his work. His varied career has included wood engravings for The Iron Man byTed Hughes, more than twelve sets of stamps for The Royal Mail, and the glass etched doors for the Centre Court at Wimbledon. He is married to his wife Julia, and has two sons, Lewis and Hugh.

When I was about seven, I had a turtle named Stripe. I decided, because I liked my turtle and Jacques Cousteau, that I wanted to be a marine biologist. This ambition lasted until I was ten years old, when I spent a year gazing into the abyss, hoping that the abyss would not gaze back at me. At eleven, I longed for a master to teach me the secrets of the ninja, but the teacher did not appear; this probably means that as a student I was not ready. As I entered my teens, I set my heart upon becoming a professional hockey player. On weekend nights the final game at the local arena ended around 10 p.m. but the icemaker was unable to leave the building until about midnight, as he had to clean the dressing rooms and do maintenance. I bribed him with presents of Aqua Velva aftershave to let me play alone on the rink until he headed home. Despite my devotion, I never developed the skills to make it off the small-town rink and into the big leagues. My dream shattered, at sixteen I started to spend more time writing. I began by changing the lyrics to Doors songs. I rewrote “Break On Through” so that it became “Live to Die”: “Soldier in the forest / dodging bullets thick / only took one / to make him cry / All of us just live to die.” Clearly, writing was my future.

I soon realized that, since I still had no authorial voice of my own, I should at least imitate better poets than Jim Morrison. Soon I was word-raping Leonard Cohen, e.e. cummings, Sylvia Plath, William Blake, and John Milton. After writing much abusively derivative poetry, I moved on to stage plays written in a mockery of the style of Tennessee Williams, which also didn’t work out so well. Next, I tried to put baby in a corner, until it was explained to me that nobody puts baby in a corner. Following this, I produced short stories that would have been much better if they were much shorter. Then, screenplays that even Alan Smithee wouldn’t direct.

Somewhere along the way, I managed to get a degree in English Literature; this was strange, as I thought I was studying cardiology. Undaunted, off to Vancouver Film School I went, but naturally not to study film. Instead, I took the new media course, because there was this thing called the Internet that was just taking off. I also spent a fair amount of time using digital editing software for video and audio. An example project: I slowed down the final movement of Beethoven’s Ninth Symphony, looped it backwards, put in a heavy drumbeat, and end up with a funeral dirge. “Ode to Joy”? I think not. “Ode to Bleakness” is more like it; I was very deep, and showed it by destroying joy.

After this course finished, I had tens of thousands of dollars of student debt, and could no longer avoid getting a job. I soon discovered, in no uncertain terms, that work is no fun. I stuck it out for as long as I could, which was way less than a lifetime. As my thirtieth birthday approached, I became incredibly aware that I had never lived abroad, so I moved to Japan.

I had no idea if I would like Japan, but I vowed to stick it out for a year. I did, and then another year, and another, and another, and another. In the beginning, I worked as a kind of substitute teacher of English, covering stints in classrooms that needed a temporary instructor. I lived in fifteen different cities during my first two years, traveling from the northern island of Hokkaido all the way down to the southern island of Okinawa. It was a great introduction to the country, but eventually the constant relocation became too much. I got a job in a Tokyo office, writing English lessons for Japanese learners on the Internet. I lived in the big city for three years, and loved it: hooray for sushi, hooray for sumo, and hooray for cartoon mascots.

While in Japan, I entertained myself by writing and, having already mangled poetry, short stories, stage plays and screenplays, I thought it was time to give a novel a shot. A strange thing happened: I found that I don’t write like other people when it comes to novels–or at least, none of which I know. It’s true that I’ve read comparisons of my novel to a number of other books–The Name of the Rose, The English Patient, The Shadow of the Wind–but I haven’t read any of them. (To my great shame, really, and I suppose I should. Since they are my supposed influences, I should become familiar with them. I’ll appear more intelligent in interviews.)

I liked writing The Gargoyle, and I think I’ll write another novel. If I can, I’ll make up new characters and a new plot. That’s my plan.