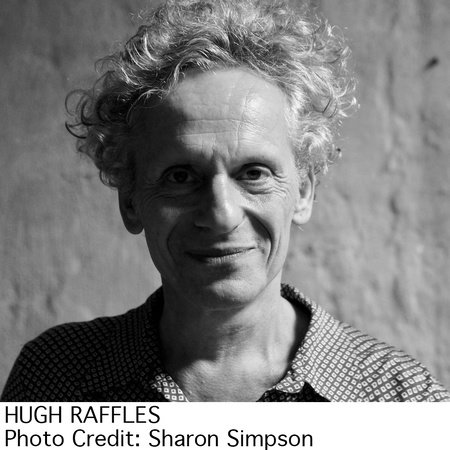 HUGH RAFFLES is the author of Insectopedia, which was a New York Times Notable Book and received the Orion Book Award and the Ludwik Fleck Prize of the Society for Social Studies of Science, and of In Amazonia: A Natural History which received the Victor Turner Prize in Ethnographic Writing. His essays have appeared in Best American Essays, Granta, Orion, and The New York Times, and he is the recipientof the Whiting Award for nonfiction. He lives in New York City and is professor of anthropology at The New School.

The Book of Unconformities will be published by Pantheon Books in August of 2020.