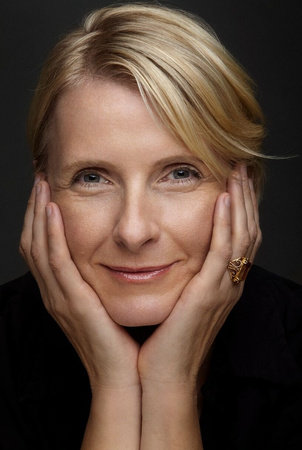 Elizabeth Gilbert is the #1 New York Times bestselling author of Big Magic, Eat Pray Love, and several other internationally bestselling books of fiction and nonfiction. Gilbert began her career writing for Harper’s Bazaar, Spin, the New York Times Magazine, and GQ, and was a three-time finalist for the National Magazine Award. Her story collection Pilgrims was a finalist for the PEN/Hemingway Award; The Last American Man was a finalist for both the National Book Award and the National Book Critics Circle Award. The follow-up memoir Committed became an instant #1 New York Times bestseller. Her novel, The Signature of All Things, was named a Best Book of 2013 by the New York Times, O Magazine, the Washington Post, the Chicago Tribune, and the New Yorker. Gilbert’s short fiction has appeared in Esquire, Story, One Story, and the Paris Review. Her new novel, City of Girls, will be released June 2019.

Eat Pray Love Made Me Do It

At age seventeen, Eustace Conway, arguably the pinnacle of American masculinity, left the comfort of his middle-class suburban home to live in the woods. Back then he considered himself a man of destiny—a true frontiersman, who, by example, could lead soulless consumer-happy Americans to a more natural state of existence. He hasn’t succeeded—despite twenty years of trying—but he hasn’t given up. Below, Elizabeth Gilbert muses about what drives this extraordinary man, and how meeting him changed her.

In the first chapter of The Last American Man you paint a very vivid picture of Eustace Conway on the streets of New York City. Can you talk a bit about this first meeting and your first impressions of the so-called “Last American Man.”

He was one of the most impressive people I’d ever experienced—I almost felt bruised after encountering him; he left that deep an impression. He was so wild and rough and awake, compared to most people in the world. (Well, in our world, anyhow.) I think I would have been fascinated by him in any setting, but the ironist in me was delighted and struck by the contradictions of seeing this real woodsman in buckskins walking around the streets of Manhattan. What was especially useful about that trip to NYC, though, was seeing the effect he had on other people, as well. It was very confirming for me to realize, “Hey—I’m not the only person fascinated by this guy—every drug dealer, taxi driver and cop is interested in him, too.” This made it easier for me to take the leap to write the book, thinking it might have a wider audience.

Eustace is portrayed as being tyrannical, unforgiving, and consistently disappointed by those around him. What was it like to write about such a person?

This is all true, but I also wanted to depict the other side of him — heroic, sensitive, brilliant and wounded. I was concerned by the fact that most people who deal with Eustace come away with one of two impressions—either he’s a larger-than-life hero, or he’s a narcissitic fraud. I don’t think he’s either, although he has elements of both. I think his internal reality is a much more complex picture, and that’s the picture I wanted to create. I was afraid, honestly, of what another writer might have done to him—either elevated him to some unrealistic god-like status, or thrilled to tear him apart and “expose” him. In the end, I was less interested in pointing out his flaws and contradictions just for the sake of undoing a man in public, than in studying what Eustace’s complex character has to show us about all of us, about our ideas and dreams of masculinity, about the risks and rewards of continuing to rely on iconic ideas to define ourselves. In fact, he was pretty easy to work with (for me, at least) once he had taken this on—he showed great courage in allowing me to investigate every aspect of his nature—even the pricklier parts.

Eustace is still looking for a wife – the woman who will allow him to fulfill his vision of a a utopian community. Do you think he’ll ever find her? Does she even exist?

I think the person he’s going to need to find first is himself—only after a real examination into his own psyche will he be in any way ready to incorporate a partner into his life in a healthy way, dropping all his romantic ideals and learning how to be with a real person. I see him doing more and more of this self-examination (even working on the book was a rare journey for him into the realm of self-analysis; and he read it with courage, acknowledging and accepting his own flaws) and it gives me hope to think that, as he learns more of himself, he’ll be less demanding of others. And again—I can’t help think this is a lesson for many of us.

Eustace set out trying to save America, but after more than twenty years of trying even he is starting to accept it may not be possible. How has this realization changed Eustace’s message?

Now his message is more about awakening—trying to reach people on a one-on-one level to encourage them to take on a consciousness about their lives and their choice, challenging people to ask of themselves, “Do I really need to buy all these consumer goods that I’m being told will make me happy? Do I really need to consume so many resources? Do I really need to lead this lifestyle that’s making me ill, keeping me in debt, destroying my family and devouring the environment? Can I eliminate things from my life instead of constantly being trapped in the vicious, expensive sport of collecting more and more stuff? Is there another, more gentle, more free, more conscious way in which I can live? Or do I really have to spend my life attached to Walmart with an umbilical cord?” Eustace now sees himself more as a living challenge to mainstream America’s values, trying to help people recognize that, while they may not need to move in the woods and eat possum, they can change some aspects of their lifestyles in recognition of the reality that the way the average 21rst Century American consumer lives is soulless, unhealthy, unnatural and inarguably unsustainable.

What do you see as being Eustace’s biggest gift to contemporary America?

The way he snaps his fingers in our faces, trying to wake us up to the reality of our lives and to the possibility of change, trying to teach and inspire—and he’s very good at that. Also, it’s always nice to have an old-fashioned adventure hero around the woods.

I’m going to leave the country for a year, starting in September, to travel around the world and write about my experience—in many ways inspired by Eustace’s daring adventures, I’ve decided to have a few of my own…