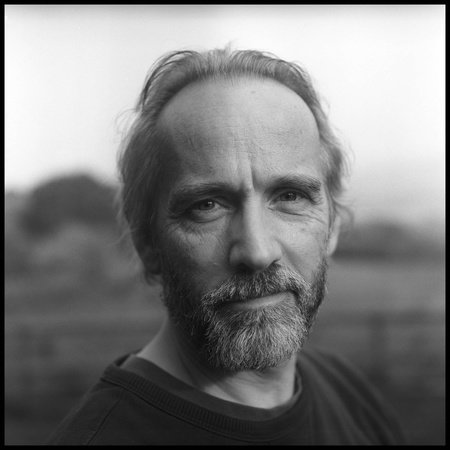 The Woman Who Died a Lot

One of Our Thursdays Is Missing

A Thursday Next Digital Collection: Novels 1-5

A Thursday Next Novel

What is National Color?

National Color is the Chromatic elite who supply the synthetic hues available—at a price—to the citizens. Although one might be Red and never able to witness “the alleged splendor of a bluebell spring,” that Red can see a synthetic blue, as supplied by National Color. Although a poor copy of the original, the Univisual shades do permit a tantalizing glimpse of what the world might actually look like if you could see all the colors. Synthetic hues, however, are limited in scope (mock-hued daffodils, lemons, bananas and melons are all the same shade) and cost a lot more. Mind you, they do impress at dinner parties—unless one of your guests is a Yellow, in which case it would probably give him or her a headache.

The communal color gardens, the boast of any village, are fed by an intricate network of capillary beds beneath the ground which are supplied from the CYM feed pipes that crisscross the country as part of the National Colorization Program. It is the fervent wish of every village that they will be connected to the grid and thus have an endless variety of hues on tap—full gamut, full pressure. Needless to say, East Carmine, the village our hero finds himself in, is neither on the grid, nor particularly wealthy. And that’s a cause of much consternation.

Do you think readers will agree with National Color’s enforcement of politeness? Everyone agrees that people should be more polite!

I agree—in any regime there is always something that one should agree with, and in Shades there are quite a few notions that, on the face of it, seem like a good thing—the strict adherence to good manners, the fact that learning a musical instrument is compulsory, as is dancing, performing musicals and an hour’s Useful Work every day in order to properly discharge your duty to society. But a cage is still a cage, irrespective of the nature of its bars.

Eddie’s father is a Swatchman, or Chromaticologist. In Eddie’s world, health issues are dealt with by viewing “healing hues.” If you have a skin condition, a bald patch or tuberculosis, the cure can be accomplished by the viewing of a color specifically blended to engender the necessary effect. In fact, there is only one fatal illness, The Mildew, and if you catch that, there is nothing but The Green Room, a chamber of soothing shades that lead you comfortably, painlessly and euphorically to a place where you are no longer a burden.

Institutionalized mercy-killings are one aspect of the book readers may find disturbing. Are these included for shock factor?

Not really. Aspects that we consider normal today could very well be repugnant in the future—eating animals, for one thing, or abundant choice, or invasive surgery. I was simply trying to demonstrate that what is acceptable today may not be acceptable forever, and vice-versa. Social mores change with time, like fashion—who knows where it might all end up? I especially like the idea that waste, impoliteness and overpopulation become “abominations,” although I’m not sure recycling one’s aunt will ever truly catch on.

Did the story change at all as you wrote or did you map it out ahead of time?

My first draft was pretty much a travelogue—Eddie wandering around East Carmine and being introduced to Technological Leapbacks, the Janitor, the Apocryphal man, the lack of spoons, Mildew, barcodes, the Fallen Man, the Chromogencia evening, High Saffron, the Caravaggio and Violet deMauve—not to mention the linoleum factory. The main thrusts of the story I added later. It’s an odd journey, and a complex one, but one that I hope readers will enjoy.

Did you have any worries about writing such a bizarre world?

Of course. But I’ve never been averse to a little risk—after all, writing without risk is not really writing at all. Sometimes one has to just let fly with a high concept piece and see where the pieces fall. As it generally turns out, the central story is familiar, but just with different rules of engagement. Whether it is Eddie’s quest to side with Jane when what he really wants is to have a quiet life married into the Oxbloods, or with Jack Spratt in my NCD [Nursery Crime Detective] series trying not to be a boring stereotypical detective, or even with Thursday Next trying to have her husband reactualized from nonexistence, my approach to writing has always been that of telling a conventional story, but in a wholly unconventional setting.

Which character do you feel most attached to?

Eddie. He’s a reluctant hero, someone who wants to lead a normal life but is called to step up and be counted. Without Jane he would have simply returned to his home village and Constance. But Jane changes all that. I think it is that sense of unrealized potential in all of us that I find most interesting. Ordinary people do exceptional things in exceptional circumstances.

What were the literary influences upon the work?

1984 and Brave New World, to go back to primary sources. In both the afore mentioned books, there are large cities with a centralized government that is very much the dominating force. In Shades I wanted the forces of oppression to be much subtler and internal, so everything is more localized, but no less oppressive. The citizenry are dispersed, with communication and transport limited, and idle and seditious thoughts banished from the head by a cocktail of the compulsory staging of musicals, tea dances, and the minimum of one hobby. There is the fear of the dark to keep people bound to home village, and the ever-present possibility of Riffraff, lightning, and swan attacks. Keep them amused with ballroom dancing and entertainment, but keep them in line with fear.