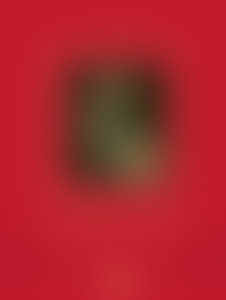 Charles Seddon Evans (1883-1944) was educated at East London College and began his career as a schoolmaster before joining the publishing house of Edward Arnold as Educational Editor in 1909. He moved to the firm of Heinemann in 1913, where he spent the rest of his working life, becoming Chairman and Managing Director in 1932. He wrote this version of The Sleeping Beauty as a companion volume to Cinderella, also illustrated by Arthur Rackham. The story first appeared in English in 1729, when Robert Samber translated Charles Perrault’s fairy tale La Belle au bois dormant. C.S. Evans has expanded Perrault’s story but followed the later version recorded by the Brothers Grimm in giving his heroine the name of Briar-Rose and ending with her awakening and betrothal, omitting the wicked mother-in-law who orders her grandchildren to be cooked for supper. Instead he lengthens the story by such inventive details as the menu for the christening feast, the books of magic consulted for an antidote to the thirteenth fairy’s malice, and the many accomplishments of Princess Briar-Rose.

Sign me up for news about C. S. Evans and more from Penguin Random House