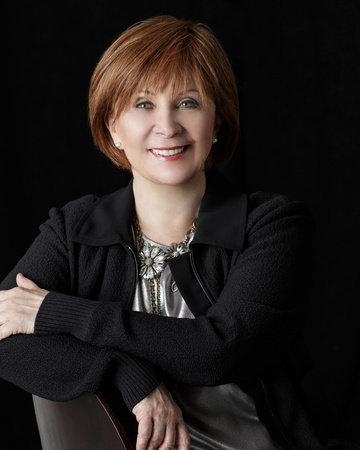 Janet Evanovich is the #1 bestselling author of the Stephanie Plum novels, the Fox and O’Hare novels, the Knight and Moon novels, the Lizzy and Diesel series, the Alexandra Barnaby novels, and coauthor of a graphic novel, Troublemaker, with her daughter, Alex.

PENGUIN RANDOM HOUSE: If a reader is coming to Stephanie Plum for the first time via Takedown Twenty, what three things about Plum must the reader know?

JANET EVANOVICH: The reader doesn’t need to know anything! This is a self-contained book. Just start reading and enjoy.

PRH: In addition to twenty Stephanie Plum novels, you have also published more than twenty other novels, as well as a dozen or so novels co-written with others, most recently The Heist with Lee Goldberg. How on earth do you stay so inspired? Where do you look for inspiration?

JE: Inspiration is easy. The hard part is getting the inspiration onto 300 pages in an interesting, cohesive, easy-to-read but hard to forget story.

PRH: This particular style of fiction – romantic adventure novels – works so perfectly; do you foresee, though, a revisit of traditional romance writing?

JE: I did a co-authored book not so long ago that was an American historical romance set at the turn of the century. I’m fascinated by that period in time and would love to do more.

PRH: What’s next for Stephanie Plum?

JE: Well I’m not sure yet but I can guarantee there will be two hot guys – Ranger and Morelli – a car explosion – and pizza … lots of pizza.