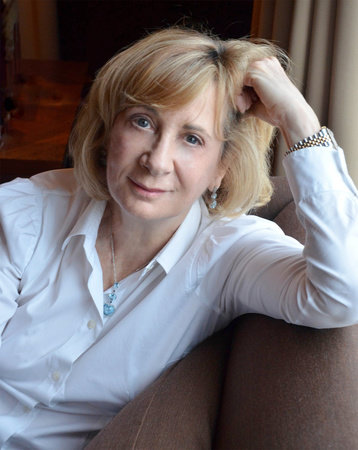 All the Wrong Places

Watch an interview with Joy Fielding

PENGUIN RANDOM HOUSE: Having a child taken is likely every parent’s biggest nightmare, and it’s this idea – kidnapping – that is the centerpiece for your twenty-sixth novel, She’s Not There. This isn’t the first time you’ve addressed the loss of a child in your writing. What is it that draws you to this theme?

JOY FIELDING: Being the mother of two daughters, and having been one of two daughters myself, the whole mother-daughter relationship has always been of great interest to me, and it’s a relationship I’m drawn to again and again. I think it’s one of the most complicated relationships and also one of the best, and I like to examine the various aspects of it. As for the loss of a child, I agree it’s every mother’s worst nightmare, and while I’m not crazy about nightmares, for some reason I’m drawn to dark themes. Must be something I’m trying to work out. My mother died when she was only sixty-two and we were extremely close. I sometimes wonder if, with my books, I’m still searching for her.

PRH: Your novels have taken readers all over the place – Boston, California, Ireland, Calgary, the Adirondacks, Palm Beach, and beyond. She’s Not There takes us to Mexico. What is it about Mexico, specifically, that makes it a great setting for a novel like this?

JF: I chose Mexico (and San Diego) because I wanted an American heroine who goes on holiday somewhere reasonably close to home. Mexico gives Americans the benefit of a foreign country without having to travel very far. Since the story already has echoes of the Madeleine McCann disappearance in Portugal, I didn’t want it to take place in Europe. I also wanted to take advantage of Mexico’s rather poor record for dealing with crimes involving tourists – for example, a few years ago, a Canadian couple attending their daughter’s wedding were found murdered in their hotel room and the police totally botched the investigation. No one was ever arrested. Even today, hotels there are very lax about things like security and cameras, etc. It just seemed like the perfect place for something like this to happen.

PRH: As a writer of such prolificacy, what advice would you offer to other budding novelists in regard to keeping your stories straight and organized?

JF: Advice? Keep it simple. You should be able to sum up your story in twenty-five words or less. If you can’t, it means that you don’t know what your story is about, and if you don’t know, your reader won’t either. Then do an outline of the plot. You should always know roughly how your story ends. If you don’t, you won’t be able to build suspense, etc. Everything that happens should be a little bigger than what came before. You have to keep upping the ante and moving your story forward from point A to point B to point C. Always leave a chapter with the reader wanting more. Get the reader interested in something and then drop it, introduce something else, then drop that. Keep threading the various aspects of the plot together. You should know everything about your main characters before you start – what their parents were like and what they did for a living, if they were loved as children, wanted, neglected, abandoned, etc. How they did in school, what they studied, early relationships, and so on. Who we were as children determines who we are as adults. You may not include any of this information in your book, but if you don’t know it, your character will never really come to life. I like a good strong plot, but remember that it’s character that drives action. The plot should be character driven or it won’t feel real. So, know your main characters, do an outline of your plot, and keep it simple. Now sit down and get busy (at least four hours every day).