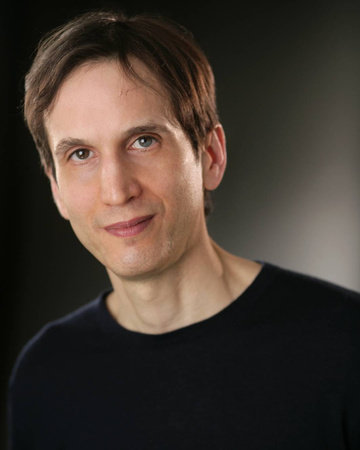 DAVID JAHER received a BA from Brandeis University and an MFA in film production from New York University. At NYU, he was the recipient of the WTC Johnson Fellowship for directing. A New York
native and resident, he is a screenwriter and is writing his next work of American history.

The Witch of Lime Street

It was recently announced that David Jaher’s debut book, The Witch of Lime Street published October 2015, has been picked up for film adaptation by STX Entertainment, with “Mama” director Andres Muschietti at the helm. Following the break of this exciting news, we caught up with David to talk about the adaptation, casting, and more.

PENGUIN RANDOM HOUSE:Congratulations on the movie news! We’re thrilled to hear that The Witch of Lime Street will be adapted. First, we’ve got to ask: Thinking about casting, what qualities do you think are essential to the actors who take the roles of Houdini and Margery?

DAVID JAHER: Generally, Hollywood gets Houdini wrong. He was an Eastern European Jew, a little below average in height, stout, incredibly athletic, and he had this relentless, preternatural energy. But the Houdini we’re depicting is in his late forties so he might be a little different than what you’d expect. In “FairyTale: A True Story,” Harvey Keitel played the best Houdini I’ve ever seen. Graying, ageing, yet still a formidable presence.

As for Margery, she is always described by her contemporaries as beautiful but I think her attractiveness really had to do more with her personal magnetism rather than her physical features. And she was no delicate, ethereal medium but a vivacious and animated woman. The actress playing Margery will also have to reproduce the voice and presence of her dead brother, who was her spirit persona when she was in trance during séances. We all feel that Margery is the role of a lifetime for the right actress.

PRH:Andres Muschietti certainly proved his abilities with the supernatural and eerie with the 2013 film “Mama.” What about his style do you think will most benefit the adaptation of The Witch of Lime Street?

DJ: Andy has a distinctive visual flair, especially when it comes to creating an eerie scene or atmosphere. He is very excited to take his camera into the séance room. The images he has in mind will be convincing, which is a strange thing to say about spectral phenomena, and stunning.

PRH: Given the abundance of scenes in your book that depict the actual events at the séances, it’s certainly easy to image an adaptation that focuses mostly on the “boo factor.” But so much of your book also focused on the science and politics of the time. Communicating with the deceased in a semi-public forum was a fairly new concept and it did, as your book delves into, involve the era’s great scientific minds. How do you envision the movie: skewing spooky? Or more dramatic?

DJ: Though Margery’s séances could be ghoulish and frightening, this movie is a psychological thriller, with a strong historical and scientific backdrop. It’s not a horror film, though it is about the supernatural. I would say that I envision it as dramatic more than spooky. But those people with a taste for the latter will not be disappointed.

PRH: You’ve adapted the book for film, penning the screenplay yourself – which isn’t surprising considering your own MFA in film production and experience screenwriting. What did you find most challenging about adapting your own work?

DJ: You have to think in terms of communicating in a couple of minutes what may have been a series of chapters in the book. I think what is important is not to try and reproduce a condensed version of your book but rather to create a work more suitable for a different medium. That said, because my background is in film, the book has some visual elements which should translate well to the screen.

DJ: I would hope the movie, like the book, will transport an audience into an awe-inspiring world, and they can decide for themselves if that sphere is more redolent of spirit or the most fantastic and cunning legerdemain.

DJ: I am not a Spiritualist but yes, I do believe in life after death.

DJ: I’ve been so busy with the book this year I haven’t seen enough movies. I liked “The End of the Tour” but then I’m partial to movies about famous authors from my home town.

Learn more about and read an excerpt from The Witch of Lime Street here.