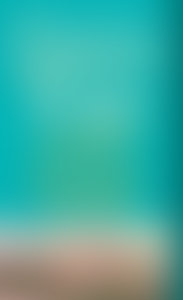 One Night of Sin

Throughout most of history, society has taken a repressive stance toward women, but that’s part of what makes writing a historical so much fun. I love the challenge of creating a heroine who is clever, inventive, and gutsy, enough to skirt around the rules and get away with it. In LADY OF DESIRE, Jacinda Knight’s way of coping is by becoming an expert in knowing just how far she can bend the rules without actually breaking them.

Her main role models in life have her been powerful, active brothers. Seeing how they take their destinies into their own hands makes it impossible for her to stand by and act the demure, delicate flower that Regency society expects a virginal young lady to be. Ironically, these very brothers, who raised her to be forthright and headstrong and full of zest, are now aghast that she will tumble headlong into scandal and get hurt. Above all, they are protective, so, to "save her from herself," they betrothe her to their loyal, handsome, but boring friend, Lord Griffith.

Unable to stand against her brothers’ united front, she flees, planning to go to her viscountess godmother in Paris until her brothers come to their senses. She never quite makes it to Paris, however, because along the way she meets—HIM.

Billy Blade, a.k.a. the Earl of Rackford, was born into an aristocratic family but ran away as a young teen due to his father’s violence. He survived by falling in with a London street gang, and eventually becomes their leader. He is a bad-to-the-bone Bad Boy—tough, sexy, and dangerous, with a cheroot dangling from his lips, tattoos adorning his arms, and "a giant chip against the world sitting almost visibly on his shoulder," as Jacinda thinks when she first meets him.

Blade is far enough outside the framework of society to sympathize with her frustration with society and all its rules. He is the only one who understands that what is most important to her is freedom. There’s only one problem. When he meets her and falls for her, he’ll do anything to have her, even if it means returning to his horrid father and leaving his life of crime. This is a man used to getting what he wants, and if he doesn’t, he’ll steal it. Though she is wildly attracted to him, Jacinda rightly sees Blade as a man who is every bit as strong-willed as her brothers, and that is dangerous to a woman who intends to live her life her way.

I hope you’ll enjoy the merry war that rages between the two of them as Blade slowly proves to Jacinda that he is exactly what she needs.