The Mountain Between Us Reader’s Guide 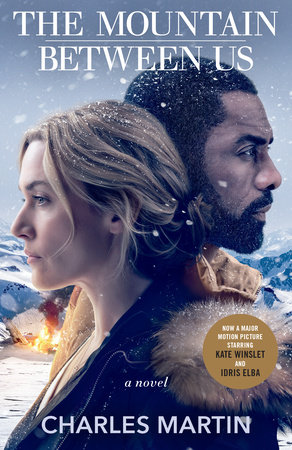 The Mountain Between Us Reader’s Guide

print
The Mountain Between Us Reader’s Guide

A letter from the author:

Dear Reader,
I’m a fifth-generation Florida boy.   Born and raised.   I’m used to heat and sunshine.   Put me in the snow and I turn into a total wimp.   About a year ago, I was sitting in a plane at thirty-five thousand feet flying to Oregon, looked down upon Utah’s snow-covered mountains—not a lightbulb in sight—and wondered, “What if …”   By the time the plane landed, I’d scratched the following:

Months later, two friends and I traveled to the High Uintas Mountains—a wilderness spanning more than a million acres.   If you ever saw Jeremiah Johnson, that’s where they filmed it.   Average snowfall is 500 to 700 inches a year.   Sometimes more. To me, it’s more Mars than Earth.

We rented snowmobiles and rode some sixty miles into the middle of that beautiful, magnificent, unforgiving landscape.   The second night, at about two a.m., I lay staring up at a star-lit sky, thinking about my two characters.   In the dark, my fingers cold, my breath blowing like smoke, the snow just beginning to fall, our fire reduced to glowing red embers, I scratched the last question:

What if things are not what they seem?

The Mountain Between Us is the story of an orthopedic surgeon from Jacksonville headed home after a medical conference.   Waiting at the gate in the Salt Lake City aAirport, he meets a journalist from Atlanta making her way home to her six bride’s maids and a rehearsal dinner.   Like everyone else in the airport, they are trying to outrun the storm that is inching ever closer.   When the de-icer breaks, effectively killing their chances of beating the storm, they hire a charter to hop them to Denver.   Standing in their way, rising some twelve thousand feet above sea level, are the High Uintas.

On the surface it’s a story of survival—of impossible circumstances—and the man and woman who face it.   Beneath that, it’s a story of laughter, hope, brokenness, friendship, and a tender love risked by few and shared by even less.
I hope you enjoy it.

My best to you,
Charles


For more information about this and Charles Martin’s other novels, visit CharlesMartinBooks.com.


The following discussion topics and author interviewletter are designed to enhance your reading of Charles Martin’s The Mountain Between Us. We hope they will enrich your experience as you explore this captivating novel of extraordinary love.

1. The Mountain Between Us is an adventure story, a story of survivial, but and above all a love story.   By the end of the novel, what do we learn about the author’s views of love?    Is there such a thing as a perfect marriage?    What do Ben and Ashley learn from the pilot, Grover, about the nature of enduring love?    Is that a lesson that stays with them throughout the book?    In your experience, does marriage get better?    What makes a great marriage?

2. After the crash, Ben and Ashley are stranded at 11,500 feet, fifty miles from any kind of civilization with no hope of rescue, she with a broken leg, he with three busted ribs and a possible collapsed lung, and minimal supplies … yet they survived for more than four weeks in these extreme conditions.    What skills and character traits do you think helped ensure their survival? Did you find the story credible?

3. Was Ben to blame at any point for what happened?    Should he have hired the charter plane to take them out in the coming storm? During their time on the mountain, what choices did Ben make? Do you believe he made the right choices?   What would you have done in his place?

4. We learn about Ben’s wife mostly through the recordings she made on Ben’s dDictaphone. Is she a strong presence in the book? What kind of person was she? What made her so special to Ben?

5. Ben refers to himself as “a bit of an emotional blockhead” (page 119).   Why do you think he finds it so difficult to come to terms with his “separation” from his wife, Rachel? What part did his childhood experiences play in his emotional development?

6. In the most difficult times on the mountain, when Ashley and Ben are losing hope of survival, how do they keep themselves going? What was the most difficult part of their ordeal? If you were in their position, what would you have done? Do you think you would have made it back home alive?

7. How does Ben and Ashley’s time in isolation on the mountain change their perspective on life? Does it make them see any more clearly? Are their lives irrevocably changed by the experience? In what ways?

8. Were you surprised by the revelation about Ben’s family life at the end of the book? How did the discovery make you feel? Looking back through the book, haddid the author layid any clues for the reader along the way?

9. 9)Ben uses his Dictaphone to communicate with his wife.   What do you learn about Rachel from his recordings? Do you think this technique works as a narrative device? What does it wsay about the way we communicate with our loved ones today? Why did Ben throw the dDictaphone into the ocean at the end of the book?

10. What is the significance of the title?   What is “the mountain between us”?

11. In the author’s note, Charles references one of the most beautiful Bible verses:   I lift my eyes to the hills. From where does my help come …   What part does religious faith play in this novel? Do you think the author’s own optimism is derived from his faith in God?
Learn More About The Mountain Between Us
print

The One That Got Away
Bethany Chase

How to Bake a Perfect Life
Barbara O’Neal

The Quinn Brothers
Nora Roberts
Back to Top