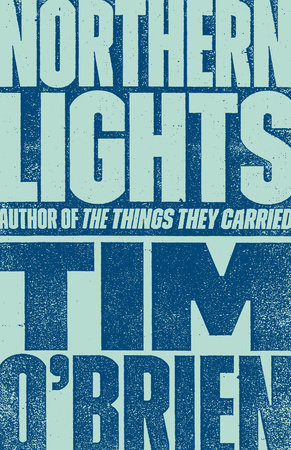 Originally published in 1975, Tim O’Brien’s debut novel demonstrates the emotional complexity and enthralling narrative tension that later earned him the National Book Award. At its core is the relationship between two brothers: one who went to Vietnam and one who stayed at home. As the two brothers struggle against an unexpected blizzard in Minnesota’s remote north woods, what they discover about themselves and each other will change both of them forever.

1. What is the relevance of the Revelation quote that begins the novel? Apocalyptic prophecy is a recurring motif throughout the novel. Do the prophecies of doom ever come true? If so, in what sense?

2. Paul frequently refers to himself, sarcastically, as "priceless." How does Paul measure his own self-worth? Under what circumstances does his opinion of himself rise? When does it fall? How does Paul’s value system differ from Harvey’s?

3. How would you characterize Paul and Grace’s marriage? Is it healthy? What needs do they each satisfy in the other? In what ways do they fail each other?

4. We learn a great deal about Sawmill Landing’s history and the struggles of its former inhabitants. How have their histories shaped the lives of the present-day inhabitants? What impact does the land have on the current townspeople’s interactions?

5. What is Pehr Peri’s legacy to his son and grandsons? What has been passed down through the generations? Which son is more receptive to his family’s traditions? In what way?

6. Both Pehr Peri and his son Pehr Lindstrom Peri preached "endurance, silent suffering, fortitude" and "simple heroism." Why do you think their sermons were so popular in the Lake Arrowhead area? What message do their sermons hold for Harvey and Paul?

7. How is the story of Harvey’s first rifle emblematic of the misperceptions the brothers have about each another? Why do you think so much goes unspoken between the brothers? Do they ever truly connect with one another?

8. Why does Addie insist on calling Harvey a pirate? Do you think it is an accurate appellation? In what way? What does she mean when she says pirates can’t get married?

9. Do you agree with Addie’s theory that she, Grace, and Harvey are all "vying" for Paul? Why does Addie flirt so aggressively with Paul? Do you believe it when she says she loves him? Do you think he should leave Grace for Addie?

10. We never learn any details about Harvey’s experiences in the Vietnam War. How is the war nonetheless a powerful presence in the novel? How does it help shape events?

12. How does O’Brien manage to capture the sense that Paul is losing his mind from hunger? What insights into his character are provided by his hallucinatory thoughts?

13. What does O’Brien mean when he writes of Harvey and Paul, "like twin oxen struggling in different directions against the same old yoke, they could not talk"? What is the yoke they are struggling against?

14. How do fathers and sons relate to one another in the Peri/Perry family? Do you think Paul will make a good father? What effect has the absence of mothers had on the last two generations of Perrys?

15. Does the journey into the woods transform the relationship between Harvey and Paul? What has changed between them, and what remains the same? How would you characterize their relationship by the end of the novel?

A native of Worthington, Minnesota, Tim O’Brien graduated in 1968 from Macalester College in St. Paul. He served as a foot soldier in Vietnam from 1969 to 1970, after which he pursued graduate studies in government at Harvard University and later he worked as a national affairs reporter for the Washington Post. He now lives in Massachusetts.
Learn More About Northern Lights
print

The Fist of God
Frederick Forsyth

Dark at the Crossing
Elliot Ackerman

Hell Is Always Today
Jack Higgins
Back to Top