The Wealth of Nations Reader’s Guide 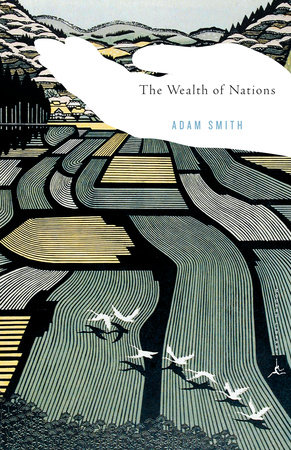 The Wealth of Nations Reader’s Guide

1. Many of the concepts developed by Adam Smith in The Wealth of Nations-the nature of free trade, laissez-faire, the division of labor-were revolutionary notions in 1776, and remain central to contemporary liberal economic thought. Discuss contemporary economics in light of some of the key notions elaborated by Smith.

2. Smith famously writes: “It is not from the benevolence of the butcher, the brewer, or the baker, that we expect our dinner, but from their regard to their own interest. We address ourselves, not to their humanity but to their self-love. . . .” What does Smith mean by “self-love” or “self-interest”?

3. As R. H. Campbell and A. S. Skinner write, The Wealth of Nations “was not only an intellectual achievement . . . embracing as it does the explanation of complex social relations on the basis of a few principles, but also a work which provided practical prescriptions for the problems of the day.” Discuss these aspects of Smith’s work-analytical and prescriptive or historical; what is their relation? Is the one necessary for an appreciation of the other?

4. In his Introduction to this volume, Robert Reich notes that “The Wealth of Nations is resolutely about human beings-their capacities and incentives to be productive, their overall well-being, and the connection between productivity and well-being.” How does this statement, taken as a point of departure, shed light on Smith’s book and its significance?

5. Although he is considered the founder of political economy (or modern economic thought more generally), Adam Smith considered himself a moral philosopher. How does looking at him in this way-as someone fundamentally concerned with questions of ethics-change your understanding or appreciation of his work?

Learn More About The Wealth of Nations
print

The Anti-Federalist Papers and the Constitutional Convention Debates

The Square and the Tower

The Ascent of Money

Capitalism in America
Back to Top