Walden and Other Writings Reader’s Guide 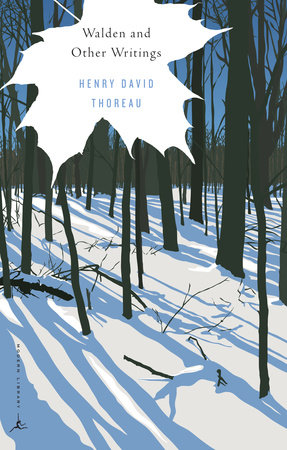 Walden and Other Writings Reader’s Guide

1. Walden, thought by many to be Thoreau’s masterpiece, contains the famous lines, "I went to the woods because I wished to live deliberately, to front only the essential facts of life, and see if I could learn what it had to teach, and not, when I came to die, discover that I had not lived." What lessons does Thoreau learn, in your view, through his experience of living in simple near isolation at Walden Pond?

2. At the end of two years, why does Thoreau leave Walden? Does he himself provide or imply an adequate answer?

3. Discuss Thoreau’s ideas about living simply, without material luxuries. Do his ideas still apply? Is the kind of freedom and self-reliance Thoreau sought possible in societies other than the America of Thoreau’s time? Is it possible in America today?

4. In the essay "Nature," Thoreau writes: "I wish to speak a word for Nature, for absolute freedom and wildness, as contrasted with a freedom and culture merely civil-to regard man as an inhabitant, or a part and parcel of Nature, rather than a member of society." Discuss the meaning of this statement, and Thoreau’s relationship to nature, one of the great themes running through all of his work, as both "absolute freedom and wildness," and as something that has, for Thoreau, definite spiritual associations. What is to be gained by living as "part and parcel of Nature?" What is given up? Discuss other writers you’ve read that might be said to record similar attitudes toward nature.

5. The essay "Civil Disobedience" proved to be one of the most admired essays ever written; it influenced Martin Luther King, Jr., and Gandhi, among others. In it, Thoreau distinguishes between "the law," and "the right," and here as elsewhere takes strong issue with government injustice, and even government altogether. In the essay’s first paragraph he writes, "That government is best which governs not at all," and elsewhere, "Under a government which imprisons any unjustly, the true place for a just man is also a prison." Still elsewhere, he writes, "I quietly declare war with the State, after my fashion." Discuss Thoreau’s attitude toward government, politics, and morality, in "Civil Disobedience" and elsewhere in his writings.

Learn More About Walden and Other Writings
print

Jabberwocky and Other Nonsense
Lewis Carroll

How to Teach Your Children Shakespeare
Ken Ludwig

Why I Write
George Orwell

The Road Not Taken and Other Poems
Robert Frost

A Midsummer Night’s Dream
William Shakespeare
Back to Top