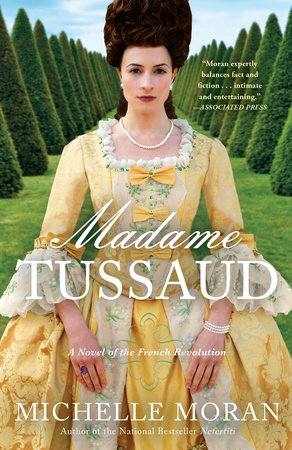 1. How do you think Marie’s life differed from most other women of her time? Where would you say she placed her emphasis?

2. When Marie visited the Marquis de Sade in the Bastille, she was surprised by the conditions she found there. Were you surprised as well? If so, in what way did those conditions surpass or fall short of your expectations?

3. What was the comparison Marie made between the Bastille and Versailles? How would you describe the organization, operations, scent and reality of daily life in each location?

5. When the Royal family tried to economize their personal lifestyle and the kingdom’s expenses, how did the other nobles respond and why?

7. How would you describe the Royal family’s knowledge of the way the populace felt about them? Why was this so? What role do you think this knowledge, or lack thereof, played as a catalyst for the revolution?

9. hat do you think was the king’s greatest virtue as a ruler? What was his greatest vice? Which characteristic of his do you think played the greatest role in his ultimately losing his throne and his life?

10. What events in Madame Tussaud would you describe as ironic? Can you think of similar things or events that have occurred during your lifetime, whether in this country or elsewhere? If so, how are they similar?

11. Marie’s brother, Edmund, accused Marie of making matters worse for the Royal family by portraying them through her wax figures in a misleading or lurid way. Do you agree? How did the Salon De Cire’s exhibits mirror or differ from the way the French newspapers described the Royal family?

12. Would you describe Marie as a Royalist or a revolutionary? Why? If she’d had the ability to do so, at the end of her life what specific things do you think she would have gone back and rectified or done differently?