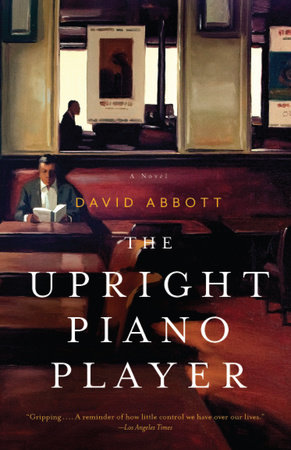 The questions and topics for discussion that follow are designed to enhance your group’s discussion of a drama that brilliantly captures the roles choice and chance play in our lives.

At the age of fifty-eight, Henry Cage has been forced out of the management consulting firm he founded and guided for more than thirty years. Long divorced and estranged from his adult son, Henry finds himself trying to fill the hours—taking long breakfasts at a nearby brasserie, listening to his beloved jazz records, and reading books that too often fail to engage him. A New Year’s Eve party with old friends offers a welcome break from his solitary days and nights, but as he makes his way home through the crowded streets of London, Henry is assaulted by Colin, a young thug who follows up the chance encounter by spreading malicious gossip about Henry and committing acts of vandalism on his property.  As he worries about the stalker, Henry receives an unexpected note from his ex-wife asking him to visit her in Florida. It is followed by a letter from his son, Tom, who is going to see his mother and invites Henry to a reconciliatory pre-trip lunch with him and his family. Henry grasps at the possibility of escaping his fears and anxiety—and of finding the contentment promised by reconnecting with his family.

1. The Upright Piano Player begins with an event that occurs several years after the main part of the novel. Why do you think the author chose to start with this scene?  How does the manner in which Abbott leads up to the accident and Henry’s role in it intensify the reader’s feelings? Why does he juxtapose the present day with descriptions of the hours before the accident occurred (pp. 11-14)?  Why does he describe the accident in such graphic and horrific detail?

2. What does Tom’s behavior at the funeral reveal about the impact of the tragedy on him as both a father and a son?  Why does Jane’s phone call (p. 9) have such a profound affect on Henry? Are the phases of grief Henry experiences unique to him or do they on some level reflect common reactions to a loss?

3. What does the description of Henry’s reaction to the presentations marking his departure from the firm convey about the disparity between how he thinks of himself and the way others perceive him (pp. 17-19)?  To what extent does Henry define himself by his ethical principles and professional role? Is the image Henry projects unusual for a man of his age, position, and outward success?

4. As the novel unfolds, the focus shifts among several characters: Tom, Nessa, Jack, Colin, and Maude. Do Henry’s perceptions of and interactions with them support or diverge from the way they are seen in the vignettes devoted to them?

5. In introducing Tom and his family, Abbott writes, “His parents’ divorce had almost destroyed him.  Now [Beth], the bookshop, and Hal were slowly putting him back together again” (p. 29). In what ways do his memories of his parents’ marriage and his life as a child shape Tom’s interactions with his own family? Discuss the implications of the statement, “Memory makes him lenient. One day (but not yet) he will tell Henry that he has a grandson” (p. 31).

6. After his warm reunion with Tom and Beth and his extraordinary and immediate bond with Hal, Henry wonders, “So why…was there no elation?” (p. 114).  What prevents Henry from celebrating and enjoying this new phase in his life?

7. Does the life Nessa has made for herself in Florida, including her relationship with Jack, fit in with the picture of her created by Henry and Tom? What does her way of dealing with her terminal illness say about her?

8. What insights does the story of the Cages’ separation (p. 56-58) and Nessa’s explanation of her affair (p. 89) offer into their marriage? Does their first meeting after many years (p. 120-30), as well as Nessa’s e-mail to Tom and Jane (p. 134), reinforce your impression or provide a new perspective on the characters and their relationship? What accounts for their close attachment despite the years and distance that have separated them?

9. Compare and contrast Jack and Henry. To what extent can they be seen as complete opposites? What aspects of Jack’s personality bother Henry and why?  Does Jack understand more about the tie between Nessa and Henry than they are willing or able to acknowledge themselves?

10. Why are Maude and Henry attracted to one another? What needs do they fulfill for each other? Would Henry concur with Maude’s musings about their affair (p. 132, p. 160)?

11. Trace the progression of Colin Bateman’s harassment of Henry. Are there steps Henry could have taken to prevent the escalation of his taunts and threats or does the situation lie entirely in Colin’s hands? What motivates Colin’s behavior? Does Abbott paint Colin as a thoroughly evil person, or are there moments when his humanity comes through? Does their ultimate confrontation and Henry’s reaction represent a change in Henry’s personality?

12. When Nessa and Henry go out together,  “[Henry] knew that he had the power to make her happy…. Even now, at the fifty-fifth minute of the eleventh hour, he held back. Why? It was stupid and cruel” (p. 148). In what ways have missed opportunities or foolish choices shaped Henry’s life professionally, socially, and emotionally? What repercussions has this had not only on Henry, but also on Nessa, Tom, and Hal?

13. Do you think Henry would have been a different man if he and Nessa had remained together? If he had kept in touch with Tom and his family after the divorce?  How do you think the rest of his life will turn out?

14. Despite the serious matters at the heart of the novel (Hal’s accident, the family’s long estrangement, Nessa’s illness), the tone is often light. Which passages or incidents in The Upright Piano Player made you smile or laugh?

15. What is the significance of the title? Discuss the different ways it can be interpreted.

16. Consider the novel’s epigraphs from Nietzsche and E.E. Cummings, as well as Jack’s blunt response to Henry’s feelings of guilt and culpability. To what extent are the consequences of our choices and actions inescapable? What role does randomness or fate play in our lives? Does the novel provide answers to these questions?

David Abbott worked as a copywriter and creative director in the advertising industry in London for forty years. This is his first novel.

In Malice, Quite Close
Back to Top