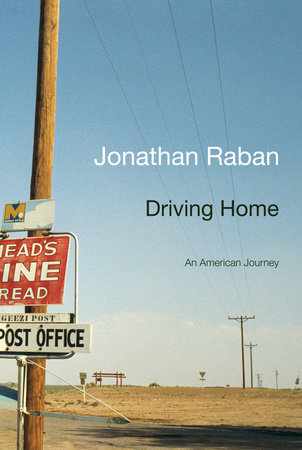 For more than thirty years, Jonathan Raban has written with infectious fascination about people and places in transition or on the margins, about journeys undertaken and destinations never quite reached, and, as an Englishman transplanted in Seattle, about what it means to feel rooted in America. Spanning two decades, Driving Home charts a course through the Pacific Northwest, American history, and current events as witnessed by “a super-sensitive, all-seeing eye. Raban spots things we might otherwise miss; he calls up the apt metaphors that transform things into phenomena. He is one of our most gifted observers” (Newsday).

Stops en route include a Missoula bar, a Tea Party convention in Nashville hosted by Sarah Palin, the Mississippi in full flood, a trip to Hawaii with his daughter, a steelhead river in the Cascades, and the hidden corners of his adopted hometown, Seattle. He deftly explores public and personal spaces, poetry and politics, geography and catastrophe, art and economy, and the shifts in various arenas that define our society. Whether the topic is Robert Lowell or Barack Obama, or how various painters, explorers, and homesteaders have engaged with our mythical and actual landscape, he has an outsider’s eye for the absurd, and his tone is intimate, never nostalgic, and always fresh. 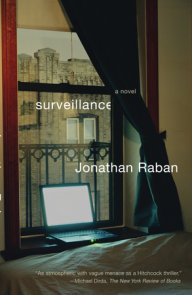 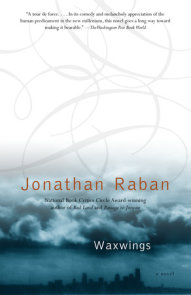 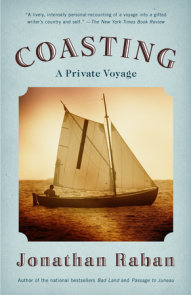 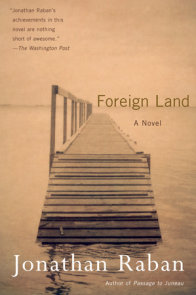 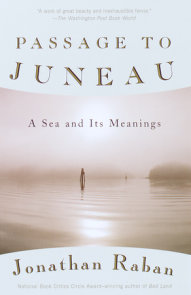 See all books by Jonathan Raban

Jonathan Raban is the author of the novels Surveillance and Waxwings; his nonfiction works include Passage to Juneau, Bad Land, and Driving Home: An American Journey. His honors include the National Book Critics Circle Award, the PEN/West Creative Nonfiction Award, the Pacific Northwest Booksellers’ Award, and the Governor’s… More about Jonathan Raban 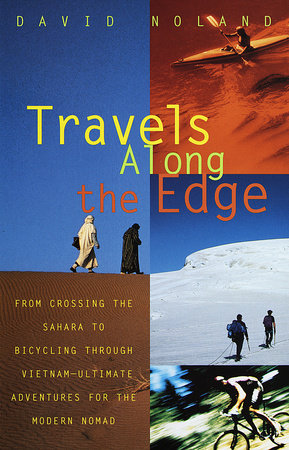 Travels Along the Edge 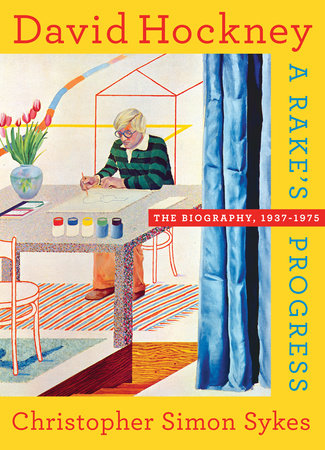 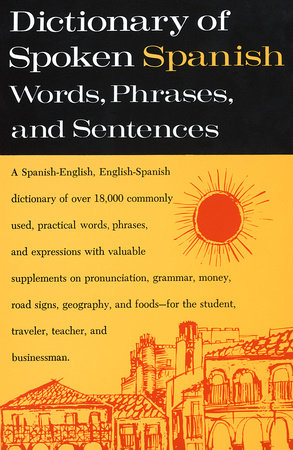 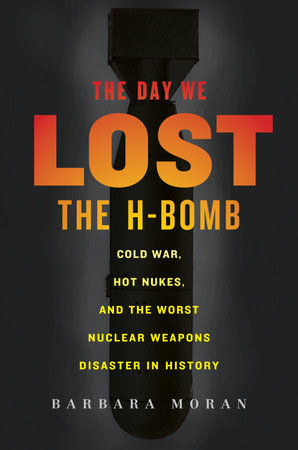 The Day We Lost the H-Bomb 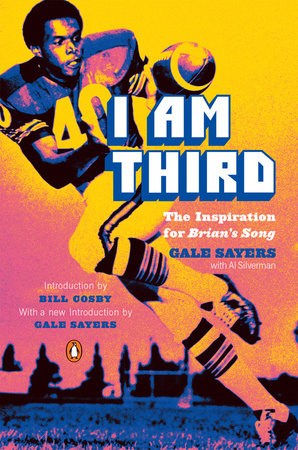 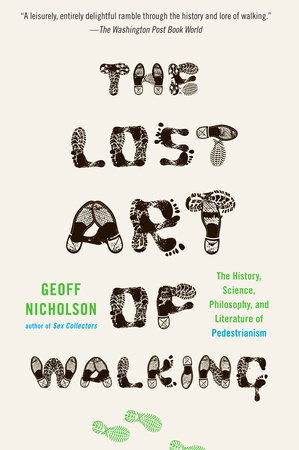 The Lost Art of Walking 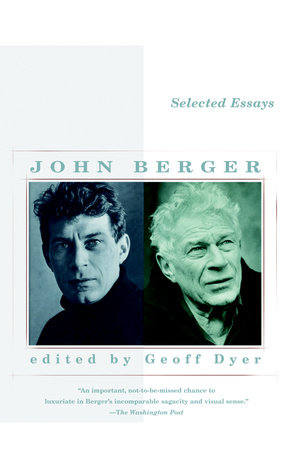 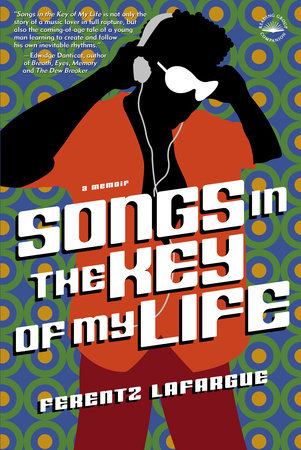 Songs in the Key of My Life 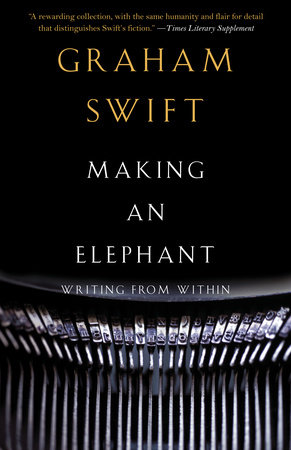 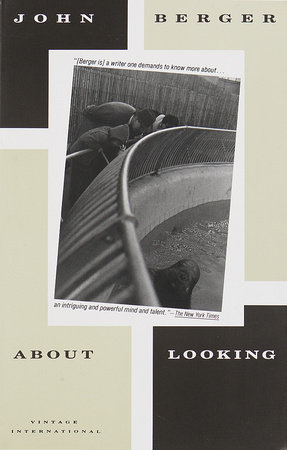 “The central work of Raban’s life might be described as an effort to determine what America is like … But along with that, the reader notes, big water draws from Raban a kind of genius for natural description.” —Thomas Powers, The New York Review of Books

“The Northwest should feel itself lucky to have found a writer as fabulous—filled to overflowing with stories, meaning, and insight—as the landscape itself demands … It has been one of the great pleasures of the past twenty years to watch Raban discover this landscape for himself … to see [it] and its people with a clarify unmatched by most natives.” —Charles Petersen, Barnes and Noble review

“Raban [here] showcases his craftsmanship as a writer and his bona fides as an intellectual.  Every word is impeccably chosen, every metaphor meticulously selected…. [His] virtues are a writer are virtually unrivaled when it comes to explaining our relationships with landscapes and nature, and he’s unrivaled, period, when describing water in all its forms, be it a placid puddle or a storm-swirled sea.” —Phil Campbell, Columbia Journalism Review

“Driving Home could easily have been titled The Jonathan Raban Reader, as the brisk, smartly crafted pieces are just that representative of [his] long and illustrative writing life….By combining them in one volume, Raban offers a lively stew of topics, themes that most interest the British citizen turned Seattleite, subjects that get him the most excited and riled….Readers have long been drawn to Raban for the elegance of his language and the eloquence of his thought and can expect to find the same in these essays.” —Deborah Gwartney, The Oregonian

“This Englishman in America is weird, unfettered, scruffy and alive….Mr.  Raban’s best writing, which is most of it, is succulent under a crusty exterior, like a fish baked in salt.  His stuff is yet more proof that Britons are better travel writers and essayists than Americans:  drier, funnier, more argumentative.”
—Dwight Garner, The New York Times

“Raban knows that the best essayist trusts in drift and digression and habitually adds a literary trill.  He is an erudite but adaptable companion, tart and genial, promiscuous in experience yet reliable in temperament….He conjures with his new home, with the Pacific Northwest, with history, poetry, geography, catastrophe…subjects Raban circumnavigates with finesse, shrugging off the obvious and regularly landing us on a shore we can’t quite glimpse from here.”
—Stacy Schiff, The New York Times Book Review

“A collection of essays about America and Americana . . . full of ideas that move through the language with the grace of a well-captained sailboat . . . Throughout, Raban reveals the traits that have long endeared him to his readers: a curiosity about the quirkiness of people and places, a ferocious love for the land, an elegance (but never pretentiousness) of style, self-deprecation, and an unusual ability to inhabit the imaginations of his interlocutors.”
—Kirkus Reviews

“A delight . . . [Raban] stands detached from cant and superficiality, which is perhaps a prerequisite for the striking originalities and aperçus with which he leavens every article.”
—Booklist

“It takes a passionate history buff to note how many of America’s virtues and vices have been present since independence and before, and a skilled raconteur to make us feel that passion.”
—The Sunday Times

“Teems with acerbic humor, but it contains, too, a wealth of astute cultural and historical observation of the Pacific Northwest [as well as] one of the finest examples of the reporting of a natural disaster ever published . . . Relentlessly intelligent . . . Erudite, witty, and combative.”
—The Guardian

“Raban writes about water in the way that Barry Lopez writes about snow or Wilfred Thesiger wrote about sand: it’s not always in the foreground of his observation, but you can sense his natural element in his whole way of seeing. Water seems to ebb and eddy through his prose, giving it its saltiness and flow.”
—The Observer

“These essays [display] the full force of Raban’s remarkable talent, infused with the profound intellectual ease and quiet authority that only a writer with as much steadying ballast of good work as Raban has could muster.”
—The Evening Standard