The Summer Before the War Reader’s Guide 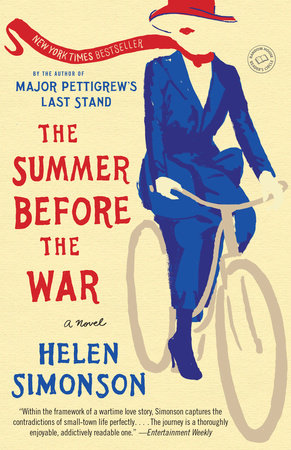 The Summer Before the War Reader’s Guide

print
The Summer Before the War Reader’s Guide

1. An important subject in The Summer Before the War is women’s lives: their role and limits, and how women work within and against Edwardian strictures. Do you think we can take any modern lessons from these women’s lives?

2. Beatrice and Celeste both idolize their fathers. However, are they both betrayed? Do all the characters place too much trust in father figures? Do you think this a useful metaphor for England as it goes to war?

3. Why do we love the Edwardian era so much? Is it the gentility and supposed innocence of the age? Does this attraction remain for you after reading The Summer Before the War?

4. The author presents two strong women in the characters of Beatrice Nash and Agatha Kent. How are they similar and different? Why do you think the author chose to present both voices?

5. Who is your favorite character and what draws you to him or her in particular? Whom do you dislike in the book, and does he or she have redeeming features?

6. The author has said she thinks the whole world can be explained in a small town. Did she succeed at that in this book? What do you think can or cannot be described and explained within such a setting?

7. Though The Summer Before the War is set in Edwardian En-gland, did you recognize elements of your own town, city, or -social circle in this novel? Could the good ladies and gentlemen of Rye only exist in England, or are such characters found everywhere?

8. Why are books about war so compelling? Do you agree with Beatrice that no writer can ever write about war in a way that will prevent it? Is it a valuable topic anyway?

9. Did The Summer Before the War change what you knew or how you thought of the First World War? How so?

Learn More About The Summer Before the War
print

The Swans of Fifth Avenue

The Paris Wife
Back to Top