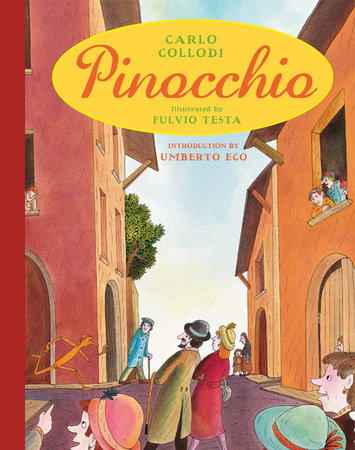 Though one of the best-known books in the world, Pinocchio at the same time remains unknown—linked in many minds to the Walt Disney movie that bears little relation to Carlo Collodi’s splendid original. That story is of course about a puppet who, after many trials, succeeds in becoming a “real boy.” Yet it is hardly a sentimental or morally improving tale. To the contrary, Pinocchio is one of the great subversives of the written page, a madcap genius hurtled along at the pleasure and mercy of his desires, a renegade who in many ways resembles his near contemporary Huck Finn.

Pinocchio the novel, no less than Pinocchio the character, is one of the great inventions of modern literature. A sublime anomaly, the book merges the traditions of the picaresque, of street theater, and of folk and fairy tales into a work that is at once adventure, satire, and a powerful enchantment that anticipates surrealism and magical realism. Thronged with memorable characters and composed with the fluid but inevitable logic of a dream, Pinocchio is an endlessly fascinating work that is essential equipment for life.

Geoffrey Brock’s acclaimed new translation is reissued in an edition for children with over fifty full-page watercolors by Fulvio Testa. 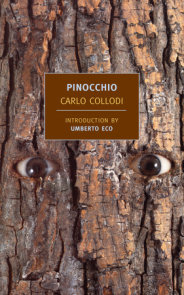 See all books by Carlo Collodi

“‘Though written in the nineteenth century, the original Pinocchio remains as readable as if it had been written in the twenty-first, so limpid and simple is its prose,’ writes Umberto Eco in the introduction. Readers not ready to tackle the story in Italian, however, will be more than satisfied with Brock’s lovely translation, which is accompanied by new artwork from Testa. His gentle, brightly colored cartoons soften some of the darker scenes in the story…without minimizing Pinocchio’s mischievous nature.” —Publishers Weekly

“This childhood classics has had numerous interpretations…Translator Brock gives readers Collodi’s Pinocchio: a lazy troublemaker, self-centered and distractible, who remains a wooden puppet right up until the end of his adventures.…Testa’s pen, ink and watercolor illustrations appear opposite the text, filling the oversized pages…Parents and libraries should welcome this edition, appealing and accessible for 21st-century children.” —Kirkus Reviews

“Carlo Collodi’s Pinocchio…is short on Disneyesque sentimentality (there is a talking cricket, but Pinocchio squashes him), long on satire and farce. Geoffrey Brock’s superbly crafted translation and Umberto Eco’s introduction bring to life this tale of gumption and greed.” — O, The Oprah Magazine

“The superiority of the Collodi original to the Disney adaptation lies in its reluctance to make the inner motivations of the story explicit….No less than Proust’s novel in search of lost time, [Collodi’s] story is a search for his lost childhood.” — Paul Auster

“Any [reading] list, I think, must begin with Pinocchio.” — Italo Calvino