All the Birds, Singing Reader’s Guide 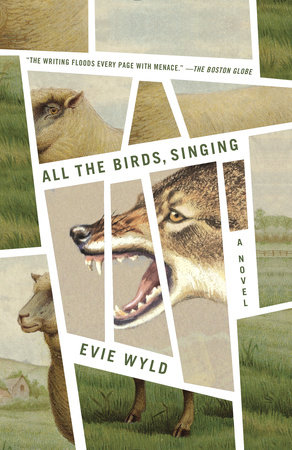 All the Birds, Singing Reader’s Guide

This guide is designed to enhance your reading group’s focus on some of the main concepts in this book and to enable readers to explore and share different perspectives. Feel free to wander in your discussions, and use this as a guideline only.

From one of Granta’s Best Young British Novelists, a stunningly insightful, emotionally powerful new novel about an outsider haunted by an inescapable past: a story of loneliness and survival, guilt and loss, and the power of forgiveness.

Jake Whyte is living on her own in an old farmhouse on a craggy British island, a place of ceaseless rain and battering wind. Her disobedient collie, Dog, and a flock of sheep are her sole companions, which is how she wants it to be. But every few nights something—or someone—picks off one of the sheep and sounds a new deep pulse of terror. There are foxes in the woods, a strange boy and a strange man, and rumors of an obscure, formidable beast. And there is also Jake’s past, hidden thousands of miles away and years ago, held in the silences about her family and the scars that stripe her back—a past that threatens to break into the present. With exceptional artistry and empathy, All the Birds, Singing reveals an isolated life in all its struggles and stubborn hopes, unexpected beauty, and hard-won redemption.

1. The story opens with Jake’s present life. We learn about her past in a backwards progression. How does this affect your reading of the book?

2.  Jake lives alone and away from others in a self-imposed hermitage: from fear, for protection, out of habit. What is the difference between being alone and being lonely? Do you think Jake is lonely?

3. Jake has run away from home, family, and safety to escape something terrible she has done. What do you think the consequences would have been if she had stayed?

4. Have you ever kept an experience in your past a secret from people you know? What does keeping secrets do to a person?

5. Is Jake’s terror of being caught in proportion to what she has done? Does the fear get bigger the farther away she goes? Will it ever go away?

6. The crows calling over the mangled sheep on the island, the carrier pigeon that Jake squeezes just a bit too hard, and, of course, the birds from the final passage of Jake’s revealed past: within this work, birds are often associated with death. What other symbols do you find in this story?

7. Describe Jake’s relationship with Karen. Who is stronger? Who is saving whom?

8.  How did Jake end up with Otto? When/why/how does he change?

9. Why does Jake stay with Otto for so long? What do you think would happen if he ever did find her, and do you think he’s actively looking?

10. While at the sheep ranch, Jake finds temporary safety with Greg. What makes him different from the men she’s known to that point? Why does she leave him?

11. On the island, Jake visits some of the local places. There’s the small shop to buy oranges, the teahouse for a Devon cream: What does Jake get from these places? Do you think it makes a difference that these shopkeepers are women?

12. While Jake is on the ranch in Australia, one of the rams is killed by an animal, and Jake later sees a dark shape dart into her room. It is doglike, and she immediately thinks of Otto’s dog, Kelly. How does this fear follow her to England?

13. While Jake is in England, something is killing her sheep. The reader never finds out what it is, but in the end, Lloyd sees it, too. Is it real? What do you think it is?

14. One of the shearers kills a dying ram: “One second horribly wounded, feeling flies lay their eggs in your flesh and watching the currawong circle, and the next, in a flash, all is safe. I will learn to fire a gun, I think, they are the answer” (p. 25). In what other ways does Jake try to find safety?

15. Discuss the character of Lloyd. Who is he and what does he want? How does he affect Jake?

16. Why does Jake let Lloyd stay with her?

17. The hammer under the bed, the axe by the refrigerator, the gun in the cupboard, the walking stick by the door. Can these things protect Jake from what she fears?

18. When all is revealed at the end, from the truth behind her scars to her own responsibility in the affair, how does that fit in with the Jake you know already?

19. What is Jake most afraid of? The past? Otto? Guilt? Herself?

20. What do you think Jake is ultimately looking for?

Evie Wyld grew up in Australia and London, where she currently resides. She has won the John Llewellyn-Rhys prize and a Betty Trask Award, and she has been short-listed for the Orange Award for New Writers, the International IMPAC Dublin Literary Award, the Commonwealth Writers Prize, and the Costa Novel Award.
Learn More About All the Birds, Singing
print

The Secret of Lost Things

A Fraction of the Whole
Back to Top