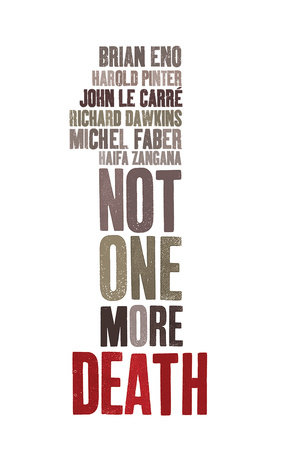 About Not One More Death

Not One More Death examines the record of US and UK troops in Iraq, questions Bush and Blair’s position under international law, and considers the responsibilities of artists, writers and the wider public in a time of war and occupation.

Published in collaboration with the Stop the War Coalition (www.stopwar.org.uk).