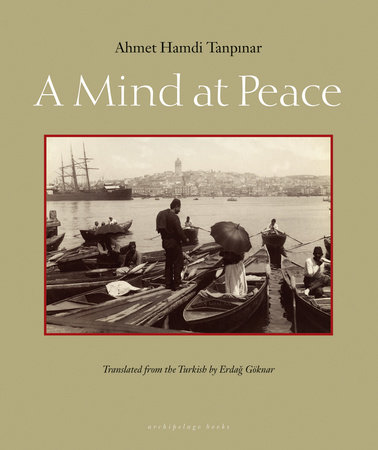 A Mind at Peace

About A Mind at Peace

Surviving the childhood trauma of his parents’ untimely deaths in the early skirmishes of World War I, Mümtaz is raised and mentored in Istanbul by his cousin Ihsan and his cosmopolitan family of intellectuals. Having lived through the tumultuous cultural revolutions following the fall of the Ottoman Empire and the rise of the early Turkish Republic, each is challenged by the difficulties brought about by such rapid social change.
The promise of modernization and progress has given way to crippling anxiety rather than hope for the future. Fragmentation and destabilization seem the only certainties within the new World where they now find themselves. Mümtaz takes refuge in the fading past, immersing himself in literature and music, but when he falls in love with Nuran, a complex woman with demanding relatives, he is forced to confront the challenges of the World at large. Can their love save them from the turbulent times and protect them from disaster, or will inner obsessions, along with powerful social forces seemingly set against them, tear the couple apart?
A Mind at Peace, originally published in 1949 is a magnum opus, a Turkish Ulysses and a lyrical homage to Istanbul. With an innate awareness of how dueling cultural mentalities can lead to the distress of divided selves, Tanpinar gauges this moment in history by masterfully portraying its register on the layered psyches of his Istanbulite characters.

[A] masterpiece . . . [A] honeyed, searching, and melancholy epic . . . The novel is as much about its setting and colors as about the stories and wonderfully eccentric and varied panoply of characters . . . One of the 20th century’s notable literary love stories and cultural watersheds.—The Los Angeles Times
The greatest novel ever written about Istanbul. —Orhan Pamuk
Written by the man who almost single-handedly defined the modern Turkish novel, A Mind At Peace follows a group of westernized, urban intellectuals in 1930s Istanbul as they drift through the city in a permanent state of ennui, seemingly caught between the past and the present, tradition and modernity, the East and the West.—Reza Aslan
A beautifully melodic picture of Istanbul and the Bosphorus during a crossroad of Turkish and world history. We shouldn’t have had to wait this long for such an important work.—Literary Fiction Review
His great novel combines the emotional storminess of Dostoevsky with the refined artificiality and cruel psychological analysis of Marcel Proust.—Ha’aretz

A Mind at Peace