Look at You Now Reader’s Guide 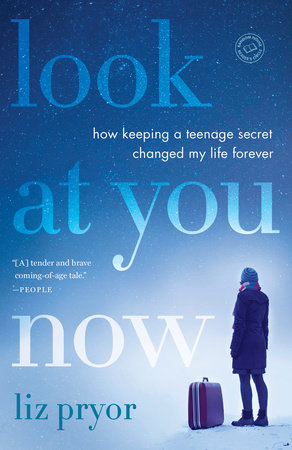 Look at You Now Reader’s Guide

2. Did you identify with any of the characters in this story? What did you learn from their experiences within the facility?

3. Liz and the other girls encountered many challenges during their time in the facility. What challenge would you have found to be the most difficult to handle? Why?

6. In the story, Liz is obligated to lie to certain friends and family members about her condition. What did you think of this? When, if ever, is it okay to withhold the truth?

7. If you knew someone who was in Liz’s situation, what advice would you give to her? What are some ways you could show support and love to a friend who is in a situation like this?

8. Did this story cause you to reflect on yourself? On who you are, or who you want to be as a person?

9. Shame and judgment are central themes in this story. Have you or your friends ever experienced any kind of shame or judgment? Did you learn from this book how someone in a difficult situation can actually move past these feelings?

A Reader’s Guide
the map to myself
Finding My Strength, Thirty Years Later


It was on a sweltering hot summer day in southern California in 2006 when my husband and I sat down in our bedroom to have the conversation—­the one we both had known for months was going to have to happen. I’d always had this postcard image in my head of the life I wanted to live. A brood of kids, a husband I adored, and the safety of knowing that when all else failed in life, we’d have one another. In that moment, as we decided to end our twelve-­year marriage, I felt the image rip into a thousand pieces.

I had three young children at the time; they were seven, nine, and eleven years old. Becoming a mother was the greatest thing that ever happened to me. I’d stayed home to raise them for more than a decade. I’ll never forget the measured way my husband looked at me that day. He stared straight through me when he told me he was going to fight me for custody of our kids. It felt like a Mack truck crashed head-­on into my chest. The worst kind of fear rose inside me—­the kind that circles you like a predator, finds every part of who you are, and fills you with terror.

My husband continued to talk, but I couldn’t hear his words. I turned around and walked out of the room and through the front door. I made my way to the driveway, got in my car, and locked the door behind me, as though that might somehow keep me safe. My seven-­year-­old son had recently made a bird feeder out of an ­orange juice carton at school. It was hanging outside the front door, lopsided, swaying back and forth in the wind. It was small and silly, but I wondered if it might be taken away from me: that birdfeeder, my kids, seeing them everyday, and my life as I knew it. By now the fear had completely engulfed me.

The thing was, I knew about this kind of fear. I knew it inside out, viscerally and completely. No one in the world, not even my husband, knew how much I knew about fear.

But I carried it all inside me, every living inch of it, every day. When you encounter the worst kind of fear imaginable and you make it through to the other side, you develop an indelible and permanent strength. I remember the fear I felt of facing the world at home, the fear of lying to everyone I knew, and the fear of the shame that was now a part of me. But my strength inside was bigger than all of it. When I left the facility as a seventeen-­year-­old girl, I felt like a superhero when I walked through those steel doors for the last time—­I knew I could get through anything.

There is a loneliness in carrying a secret by yourself, but there is also something beyond loneliness: There is the remarkable process of having to reckon things within yourself, by yourself. There was no one else to encourage me, to tell me to be strong and brave and resilient. I had to tell myself those things. At a very young age I learned the value of self-­reliance and self-­belief. I imagine it was the beginning of the faith I found that still lives inside me today. Eventually I even found a version of triumph.

Weeks after that conversation with my husband, I was driving to the first of more than a dozen meetings I would have with the forensic psychiatric custody evaluator—­the stranger who would ultimately decide our futures. Years ago, I’d promised in front of God and everyone I knew to love my husband for the rest of my life. He was the man I brought my three kids into the world with. And now we felt like enemies. I couldn’t imagine anything feeling more wrong. Every shred of trust and belief we had in each other was gone—­so gone that we’d agreed to have the legal system decide where our beautiful children would live, and grow up, and become who they were meant to be.

When the “decider man,” as the kids called him, opened the door that day, I stood up from my seat in his waiting room and introduced myself. I was terrified beyond recognition of the power he had—­the power that would determine where my children lived, how often I would see them, whether I’d spend Christmas with them. Never could I remember feeling more vulnerable or helpless. I was sure he could see this—­that he could see all the way through to my soul when he looked at me. But I didn’t cry and I didn’t fumble as I followed him into his office. I wondered if I should tell the decider man that each one of my kids was like another beating heart living on the outside of my body, and that every second of every day all I could think about were their hearts beating near me. Because if they weren’t, mine might stop. But instead I answered his questions. I reached down into the depths of myself to the reserve of strength I knew I had, and I found it.

The evaluator spoke to our doctors, teachers, neighbors, and friends. He spoke to my husband and the kids—­together, with us, and with each other. The process took several months, and felt like a lifetime.

I remember lying in bed the morning the answer to the rest of my life was going to come in. I thought about the day my nine-­year-­old son met the decider man for the first time. He’s my shy, thoughtful, sometimes nervous kid; the kind of kid who has so much going on inside and shares so little of it. But the day he met the evaluator, he behaved like someone I’d never seen. He walked straight up to the man, shook his hand, and handed him a crumpled note from his pocket. I knew how much courage it must have taken my boy to muster up that exchange. The man took the note. He wasn’t warm, and he wasn’t cold, he was just someone who had seen a lot of kids over the years in that room. It was the one time during the process I couldn’t stop the tears from pouring out of me.

I received full custody of my three children. I would be waking up next to them every morning, every day, including every Christmas for the rest of our lives. The combination of relief and appreciation I felt that day has remained ingrained as a part of me ever since. But in the deepest, safest part of my heart, it was the baby I had had all those years ago who I wanted to quietly thank in that moment—­for showing me the strength that I was capable of, and for helping me become the mother I was meant to be.

It took a long time, but my difficulties eventually manifested as something so enormously positive. I not only found the map to myself, but surprisingly it led me to helping others find their way through the difficult parts of their lives. Giving advice, helping others navigate the rough stuff, and leading people to their own strength—­it has become my way of knowing that hardship, struggle, sadness, and pain can often leave us with something strong and lasting. The secret I kept for all those years wasn’t really about the baby I had and gave up for adoption; it was about the unflappable inner strength that I possessed because of it.

Months after the custody battle was over, when I received the complete, ninety-­page evaluation in the mail, I saw for the first time the note my nine-­year-­old son had handed to the evaluator that day.

To who ever decides stuff,
I hope you can try to make sure that me and my sister and my brother can be with our mom, especially on Christmas.
Sorry for my bad writing.
From, Augie
Learn More About Look at You Now
print

The Story of My Father

The Possibility of Everything

Have You Found Her
Back to Top