The Woman on the Stairs Reader’s Guide 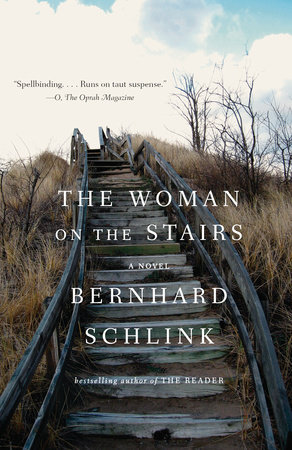 The Woman on the Stairs Reader’s Guide

print
The Woman on the Stairs Reader’s Guide

This guide is designed to enhance your reading group’s focus on some of the main concepts in The Woman on the Stairs and to enable readers to explore and share different perspectives. Feel free to wander in your discussion, and use this as a guideline only!

In a museum far from home, a lawyer stumbles across a painting of a woman he once knew, Irene. Decades before, he had become entangled in her affairs when he was called on to settle a dispute between her husband, who had commissioned the portrait, and the painter of the work—who was also her lover. When, ultimately, the lawyer fell in love with her himself and risked everything for her, she mysteriously disappeared—along with the painting.

Now, face to face with the portrait once again, the lawyer must reconcile his past and present selves. When he eventually locates Irene, he is forced to confront the truth of his love—and the reality that his life has been irrevocably changed.  A poignant, intricately crafted novel of obsession, creativity, and love, this is Bernhard Schlink at his peak.

1. Why do you think the author never gives the narrator a name?

2. How do you feel about Irene? Do you like her?

3. How are Schmidt and Gundlach foils of each other? Why does Gundlach keep damaging the painting?

4. What do you think of the contract between Schmidt and Gundlach? How would you feel if you were in Irene’s position?

5. Were you surprised that Irene disappeared without a word to the narrator?

6. Who do you think really owned the painting?

7. Irene says with contempt: “For Gundlach I was the young, blonde, beautiful trophy, only the packaging counted. For Schwind, I was a muse, the packaging was enough for that too. Then you came along. A woman’s third stupid role, after the trophy and the muse, is the damsel in distress who must be rescued by the prince. To stop her falling into the hands of the villain, the prince takes her into his own hands. After all, she belongs in the hands of some man” (p. 86). What do you think about her summation of a woman’s roles?

8. Do you think the narrator is still naïve when he goes to the island? What does he expect to happen versus what actually does?

9. How is the older Irene’s life on Red Cove different than her younger self (in part one)?

10. The narrator gives the argument that “The value of life remains a mystery to me. How can one define the value of something lost, if the person who has lost it doesn’t miss it?” (97). What do you think of that sentiment?

11. “Or is it the small defeats that we can’t get over? . . . The big early defeats change the course of our lives. The small ones don’t change us, but they stay with us and torment us, little thorns in our side” (p. 133-134). Do you agree with the narrator?

12. When the four main players meet again at the house in the cove, who has changed the most? The least?

13. What do you think of the character of Kari? What does the author use him to demonstrate?

14. Irene became a nurse and took in stray children after she left Schmidt. Does this make her a more sympathetic character in your eyes?

15. Why do you think the author never explains what Irene’s crime was? What was the purpose of including that as part of the plot?

16. Do you think the narrator and Irene loved each other at the end of the book? Why or why not?

Bernhard Schlink is the author of the internationally bestselling novel The Reader. He is a former judge and teaches public law and legal philosophy at Humboldt University of Berlin and at the Benjamin N. Cardozo School of Law in New York City.
Learn More About The Woman on the Stairs
print