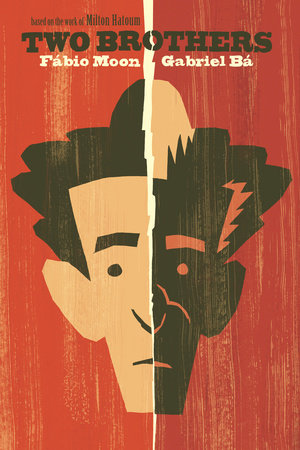 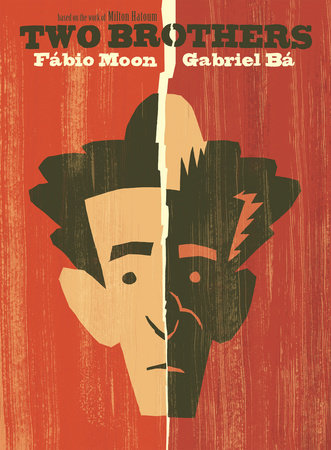 Twin brothers Omar and Yaqub may share the same features, but they could not be more different from one another. And the possessive love of their mother, Zana, stirs the troubled waters between them even more. After a brutally violent exchange between the young boys, Yaqub, “the good son,” is sent from his home in Brazil to live with relatives in Lebanon, only to return five years later as a virtual stranger to the parents who bore him, his tensions with Omar unchanged. Family secrets engage the reader in this profoundly resonant story about identity, love, loss, deception, and the dissolution of blood ties.

Set in the port city of Manaus on the riverbanks of the Amazon, Two Brothers celebrates the vibrant life and diversity of Brazil. Based on a work by acclaimed novelist Milton Hatoum, Two Brothers is stunningly reimagined by the award-winning graphic novelists Fábio Moon and Gabriel Bá.

“This work goes far beyond its publicity hook, which is that Eisner award–winning Brazilian twin brothers (Casanova, Daytripper) have adapted Milton Hatoum’s classic novel about twin brothers to the graphic novel form. Narrated mostly by Nael, the illegitimate son of one of the brothers, the tale is presented in a nonlinear narrative with multiple flashbacks, as stories within stories begin to fill in the greater family chronicle spiraling around the twins and their simmering rivalry and hatred. The intricate secrets and lies at the heart of families are set against a backdrop of almost cinematic cityscapes and vistas. Bá and Moon present the naturalistic dynamism of Brazil in their art: sweeping, dramatic organic shapes against the sharp angularity of the people. The stark b&w art crackles to express the subtleties of palpable, barely contained tension between kin, a brutal police beating, and the erotic electricity of an exotic dance. Bá and Moon bring a cool, confident sharpness to their narrative to reflect the shades of gray in this powerful family saga.”
—Publishers Weekly (Starred  review)


“TWO BROTHERS is a feat of bravura visual storytelling, a revealing and nuanced work of family portraiture, and a thrilling act of historical re-imagination. It is clearly the work of two major artists, two master collaborators, operating at the peak of their powers.”
—Michael Chabon, The Amazing Adventures of Kavalier and Clay

“I cannot think of a single gift more pure than the gift the twins possess. Gabriel and Fabio give the world something unique, and precious. It is most amazing to be alive in a time where two creators such as these exist – they give us another reason to wake up and another way to see the world. Two Brothers, like their other work, is another masterpiece, but so different in it’s pacing and tone than anything they have done before. I am lucky to share the same planet with them, because they are kind enough to share their stories with me, and the world.“
—Gerard Way, The Umbrella Academy

“This book immediately jumps onto the list of the most essential graphic novels you will read in your lifetime. Two amazing creators at the top of their game, telling a story in a way only they can tell it. What a gift. What a treat.”
—Brian Michael Bendis. Powers

“Moon and Bá have long been cartoonists of extraordinary skill, and with Two Brothers they have created their masterwork. Their passion for the comics medium bleeds through in every brushstroke and pen line. This is a stunning book that will touch your heart and leave you breathless.”               —Jeff Lemire, Descender

“TWO BROTHERS is a haunting tribute to sibling love, brotherly hatred, and the kinetic energy when those two forces fuel a family. The deep sense of place, the palpable sorrow of nostalgia, the aura of truth: once again Ba and Moon bring it like no one else in graphic storytelling.
—Mat Johnson, Loving Day


“This is an extraordinary work. Moon and Bá, two men already on top of their game, have rewritten what we thought the game was. The comic book was created as entertainment. Two Brothers is proof comics can be Art. The wider your eyes get, the more it touches your heart.”                         —Brian Azzarello, 100 Bullets

“Speaking of brothers that both work in comics: TWO BROTHERS is a visually stunning work that makes me dizzy with admiration. Attention to detail, the concern with communicating with the reader on emotional terms as well as intellectual, it is a classic example that artistic chops still matter in the modern comics world. In fact it matters more than ever now.
—Gilbert Hernandez, LOVE & ROCKETS


“Moon and Bá have both shot for the stars here… TWO BROTHERS is a striking graphic novel that allows fans to see a different aspect of two of the very best creators in comics– come and see what flavor of genius the Brazilian-based brothers have crafted from the work of Milton Hatoum.”             —COMICS BEAT


“As anyone who’s read The Umbrella Academy, Casanova, or Daytripper knows, Moon and Bá are two of the most gifted artists in the comics world. Their new graphic novel, based on the Brazilian novel Dois Irmãos, may be their most ambitious work yet, and the preview art glows. Moon and Bá are themselves Brazilian twins, so it’s easy to see how they were attracted to the story.”                 —io9

“Riveting…. Two Brothers is an earthquake both visually and narratively…. Moon and Bá are in clear control of every element of Two Brothers, bringing to life a city, history, and compelling story of a family locked in obsession.”
—FANBOY COMICS

New groundbreaking work from Ba and Moon!
Twin brothers Omar and Yaqub may share the same features, but they could not be more different from one another. After a brutally violent exchange between the young boys, Yaqub is sent from his home in Brazil to live with relatives in Lebanon, only to return five years later as a virtual stranger to the parents who bore him, his tensions with Omar unchanged. Family secrets engage the reader in this profoundly resonant story about identity, love, loss, deception, and the dissolution of blood ties.
* From the Eisner Award–winning and New York Times best-selling duo behind Daytripper, Gabriel Ba and Fabio Moon!
“Ba’s distinctive lines render characters in minimal strokes; clever transitions, well-placed shadows, and atmospheric scene-setting live up to the twins’ already well-deserved reputation for beautiful art.”—Publishers Weekly 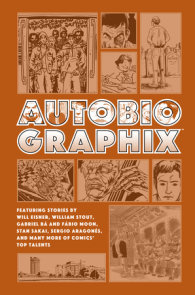 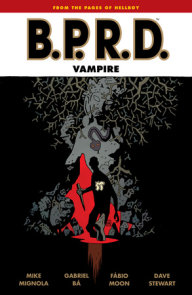 Fábio Moon is a comic book creator, writer, artist, penciller, inker, and cover artist known for working on How to… More about Fabio Moon

Gabriel Bá is a comic book artist, creator, and cover artist. He is known for his work on How to Talk to Girls at Parties, B.P.R.D., Hellboy, and De: Tales. Bá was born in Brazil and often works with his… More about Gabriel Ba 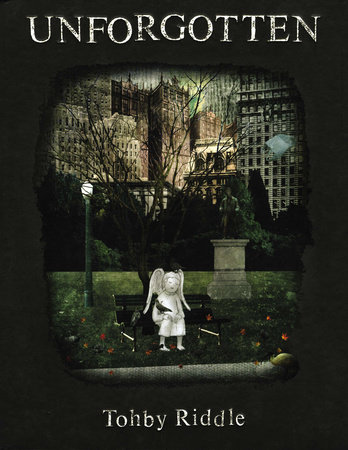 “The creative chemistry of the cartoonists is as strong as the rivalry between the brothers at the heart of Hatoum’s story, and their sincere reverence for the source material enriches the narrative as it’s translated to a visual medium. The emphasis on environment, combined with Bá’s highly animated character work, draws the reader deep into this world, gorgeously reinterpreting Hatoum’s novel while maintaining the spirit of his work.” –The Onion – A.V. Club