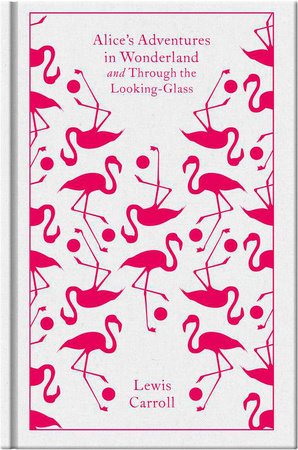 In his diary on July 4, 1862, Lewis Carroll wrote, “Duckworth and I made an expedition up the river to Godstow with the three Liddells: we had tea on the bank there, and did not reach Christ Church again till quarter past eight, when we took them to my rooms to see my collection of micro photographs, and restored them to the Deanery just before nine.” Although Carroll did not know at the time, this excursion proved to be the catalyst for the fairy tale which he initially called Alice’s Adventures Underground.

In later years, Carroll, his friend Robinson Duckworth, and Alice Liddell all alluded to this day as the origin of Alice’s Adventures in Wonderland. In the opening poem to the story, Carroll wrote:

Thus grew the tale of Wonderland:
Thus slowly, one by one,
Its quaint events were hammered out —
And now the tale is done,
And home we steer, a merry crew,
Beneath the setting sun.

In its initial form, this tale told on July 4, 1862, was simply another entry in the oral story tradition that Carroll forged on the numerous expeditions on the “quiet stream.” Years later, Carroll wrote, “many a day we had rowed together on that quiet stream—the three little maidens and I—and many a fairy tale had been extemporised for their benefit.” He indicates there were numerous other tales that “lived and died like summer midges,” but in this single instance “one of my little listeners petitioned that the tale might be written out for her,” and thus began Alice’s adventures.

Alice’s adventures begin on a lazy summer day when a “White Rabbit with pink eyes” races by her. While it was unremarkable for a rabbit to run by her and it was not “very much out of the way” to hear the Rabbit talk, she hurried after the White Rabbit when it “actually took a watch out of its waistcoat pocket.” Alice scrambled to her feet and followed it, without a thought, down a large rabbit-hole. Similarly, in Through the Looking-Glass, Alice impulsively goes through the glass over the mantel and into the Looking-Glass room. Later, in both stories, this initial impulsiveness becomes tempered through experience. Although Alice learns from her experiences, the stories were neither moralistic nor written for the purpose of teaching lessons. Instead, they were, and still are, two of the most highly imaginative fairy tales ever conceived.

Both Alice and Looking-Glass, while drawn from Carroll’s extemporaneous stories, were later refined and infused with a wealth of allusions to both his own experiences and Alice’s. In her travels through Wonderland and the chess-board world behind the Looking-Glass, Alice encounters a multitude of curiosities, many traceable to experiences in her own life. In chapter II of Alice, “The Pool of Tears,” she encounters a Duck, a Dodo, a Lory, and an Eaglet. This entire episode in the pool alludes to a trip that Carroll referred to in his diary for June 17, 1862. On this day, during a trip, the traveling party was drenched in a downpour. The animals who appear in the “Pool” chapter represent the trip’s participants: the Duck is Carroll’s friend Robinson Duckworth, the Dodo is Carroll (a stutterer all his life, Carroll would often pronounce his real name Dodgson as “Do-Do-Dodgson”), and the Lory and the Eaglet are Alice’s sisters, Lorina and Edith.

When it was published in 1865, Alice’s Adventures in Wonderland was reviewed widely in newspapers and journals drawing near universal praise. Among the reviewing publications were The Times, the Spectator, and the Publisher’s Circular. The Circular selected the story as “the most original and most charming” of the 200 books for children they were sent that year. When it was published in late 1871, Through the Looking-Glass reaped similar praise.

While Carroll continued to write children’s stories, his distinguished place in literary history was firmly established with the publication of Alice’s Adventures in Wonderland and Through the Looking-Glass. By the time Carroll died in 1898, there were about 250,000 copies of these stories in print.

While the Alice books have charmed and excited children ever since their first publication, they have also stimulated a wide array of literary, philosophical, and psychological discussion from twentieth-century writers. As the editor of the Penguin Classics edition, Hugh Haughton, makes clear, at the heart of these children’s books lie fascinating questions about meaning. Maneuvering throughout Carroll’s puns, word plays, and unconventional prose, the adult reader of these books, often finds him or herself feeling two responses at once: a submission to the spontaneous play of nonsense, to utter meaninglessness—as the Lobster-Quadrille would urge—and a compulsion to interpret, or decode meaning in even the most trivial incident—as Queen Alice might do. For twentieth-century writers like James Joyce, Virginia Woolf, and W. H. Auden who borrowed freely from Carroll, the Alice books have become models of experimental writing. For other intellectuals, reading Alice’s Adventures and Through the Looking-Glass as Surrealist dream books, Freudian case studies, or political allegories, they have become texts brimming with profound insights.

Of Lewis Carroll, Virginia Woolf said, “since childhood remained in him entire, he could do what no one else has ever been able to do—he could return to that world; he could re-create it, so that we too become children again.” Edmund Wilson also recognized Carroll’s ability to see from a child’s perspective when he noted, “Lewis Carroll is in touch with the real mind of childhood.” Wilson linked this understanding to a flair for drawing on “the more primitive elements of the mind of maturity.” These characterizations describing the creator of Alice’s Adventures in Wonderland and Through the Looking-Glass exemplify the enigmatic Carroll. However, most casual readers may be unaware that Carroll was also a don at Christ Church, Oxford University where he spent most of his adult life as a Mathematics lecturer. In addition, Carroll was a logician, a renowned photographer, and a prolific letter writer and diarist.

Lewis Carroll was born Charles Lutwidge Dodgson in 1832 in the parsonage of Daresbury in Cheshire, England, a small village about twenty miles from Liverpool. The third child and eldest son in a household of seven girls and four boys, Charles spent the first eleven years of his life on this secluded farm. The surroundings of the parsonage were reflected in the characters and images that grace both Alice’s Adventures in Wonderland and Through the Looking-Glass. One can imagine a young Charles seeing the White Rabbit, the animals in the Caucus-Race, the Caterpillar and the mushroom, the Mouse, the garden of flowers and much more as he grew up amidst the barnyard and fields of the parsonage.

In 1850, Charles entered Christ Church, Oxford where he would spend the rest of his life as a student, fellow, and lecturer; and where he developed into an accomplished photographer, and met Alice Liddell, the heroine of his great stories. During his lifetime, Charles Dodgson published nearly 300 works on an array of topics. These works included not only children’s stories but also books and pamphlets on mathematics, logic, and philosophical debates at Oxford. In addition, he wrote parodies such as “Hints for Etiquette, or Dining Out Made Easy” and constructed games, puzzles, riddles, and acrostics. Among his works are: Euclid and His Modern Rivals, Formulae of Plane Trigonometry, Guide to the Mathematical Student in Reading, and Game of Logic (a method of teaching the principles of logic to children). Allusions to these writings and interests were scattered throughout the Alice books. Both stories, though clearly written to amuse young children, were also replete with puns and allusions to Victorian society, making them ‘mature’ enough to pique the interest of adults. Interestingly, Dodgson contrived his pen name as a slight puzzle in itself. The pseudonym Lewis Carroll, was created by Latinizing his two given names, Charles Lutwidge, to Carolus Ludovicus, reversing them and translating them back into English.

Besides the array of intellectual pursuits, Charles Dodgson’s interests also extended to gadgets, most importantly the photographic camera. Dodgson was introduced to photography by his Uncle Skeffington Lutwidge. In the 1850s and 1860s, prior to the actual development of film, this art form required patience and devotion. Among the persons of his era whom Dodgson persuaded to sit for portraits were the poet Alfred Tennyson, Sir John Millais, Prince Leopold (the youngest son of Queen Victoria), Lord Salisbury (who became Oxford Chancellor in 1870), the Crown Prince of Denmark, John Ruskin, and the actress Ellen Terry. Besides such luminaries, Dodgson also photographed young children he met during his years at Oxford, including Alice Liddell.

However, it is through Charles Dodgson’s extensive letters and diaries that a great deal of his life, motivations, and inspiration are revealed. Starting on January 1, 1861, Dodgson began maintaining a register of all the letters he sent and received. Although the register has never been found, the final number that he recorded was 98,721. In a letter to a friend of his, Mary Brown, he estimated he wrote 2,000 letters each year. There are letters to friends, family, his publisher and illustrator, and to endearing young fans. The minutiae of daily life also crept into his correspondence. After the death of his brother-in-law, just days prior to his own, he wrote his nephew, Stuart Collingwood requesting a simple funeral and burial upon his own death. Charles Lutwidge Dodgson died at age 66 on January 14, 1898.

Alice’s Adventures in Wonderland & Through the Looking-Glass

To Build a Fire and Other Stories

The Fall of the House of Usher and Other Writings

Twenty Thousand Leagues Under the Sea

The Moonstone
Back to Top