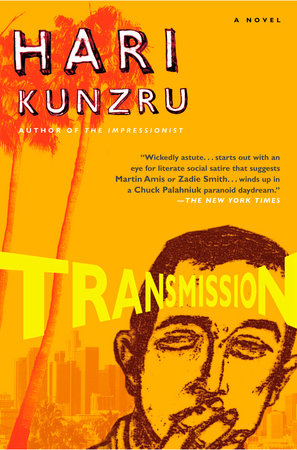 A taut, darkly funny novel about life in the Internet Age, Transmission tells the story of Arjun Mehta, an Indian computer programmer who comes to Silicon Valley in search of the online-age version of the Great American Dream: Starbucks, Gap Khakis, MP3 players and baseball caps with software company logos embroidered on them. But unlike the Bollywood epics upon which Arjun models his dreams, things don’t quite unfold in song-and-dance-routine style. The company he thinks will lead him to riches and software euphoria is little more than a digital sweatshop and the Dream Girl he seeks is hardly waiting at the local strip mall convenience store. When both disillusionment and corporate downsizing threaten Arjun’s new American existence, he turns to desperate measures and unleashes a computer virus named and modeled after his favorite Bollywood actress, Leela Zahir. Events quickly spiral out of control. The author’s razor wit and sharp social commentary, as well as his gentle touch with a truly complex and engaging character of Arjun, create a novel that is as engaging as it is timely.

Hari Kunzru is a freelance journalist and editor who has written for numerous international publications, including The Guardian, Daily Telegraph, The Economist, and Wired. In 1999, the Observer named him “Young Travel Writer of the Year.” He lives in London, where he is completing work on his second novel. Hari Kunzru made the The Granta list for 2003.

The Lamentations of Zeno
Ilija Trojanow

The Way Through Doors
Jesse Ball

The Fall of the Towers
Samuel R. Delany

Your Face in Mine
Jess Row

. . . And Dreams Are Dreams
Vassilis Vassilikos

The Key & Diary of a Mad Old Man
Junichiro Tanizaki