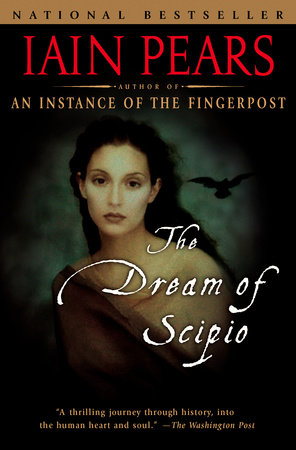 In The Dream of Scipio, “Pears’ finest book yet” (Boston Globe), the acclaimed author of An Instance of the Fingerpostintertwines three intellectual mysteries, three love stories—and three of the darkest moments in human history. United by a classical text called “The Dream of Scipio,” three men struggle to find refuge from the madness that surrounds them…in the final days of the Roman Empire, in the grim years of the Black Death, and in the direst hours of World War II.

Iain Pears was born in 1955. Educated at Wadham College, Oxford, he has worked as a journalist, an art historian, and a television consultant in England, France, Italy, and the United States. He is the author of seven highly praised detective novels, a book of art history, and countless articles on artistic, financial, and historical subjects, as well as the international bestseller An Instance of the Fingerpost. He lives in Oxford, England.

“Pears builds a multilayered tale of moral choice, love, danger and loss. Like an archaeologist, he uncovers worlds in a few square miles of Provençal earth.”—New York Times Book Review

“An entirely satisfying symphony of story and substance…ingeniously imagined.”—Washington Post

“Braiding together parallel plots of romance and political intrigue set in Provence during three dark eras, The Dream of Scipiois a murder mystery on the grandest scale…[Pears] invests his complex story with piquancy, irony, and humor. There is much to ponder here, from Neoplatonic philosophy to anti-Semitism to public duty….Eye-opening.”—People

“Pears leaves us with a dream, not only of destruction, but of immense and unexpected heroism.”—Boston Globe

Learn More About Dream of Scipio
print
Back to Top