The Interruption of Everything Reader’s Guide 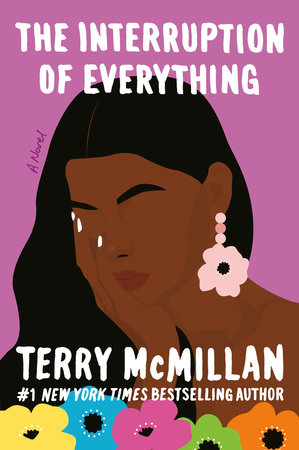 The Interruption of Everything Reader’s Guide

print
The Interruption of Everything Reader’s Guide

INTRODUCTION
Everyone wants something from Marilyn Grimes. She is a wife, mother, daughter, and friend, tireless in her devotion and saintly in her self-sacrifice. But, after years of constant giving, Marilyn is ready to receive. She wants a sense of purpose; and she needs passion in her life. More than anything, Marilyn wants her self back, but she’s not sure where or how to find it.

In Terry McMillan’s new novel, The Interruption of Everything, the dilemmas of family, identity, and love loom large as seen through the lens of one woman’s midlife crisis. McMillan continues to write at the top of her game, displaying the honesty and hilarity that have won over millions of readers. McMillan’s latest heroine, Marilyn—tough and tender, good but flawed—will be familiar to any woman who has faced disappointment or heartache, who has felt she has given so much of herself there’s nearly nothing left.

With a sharp tongue and a quick pen, McMillan outlines the mountain of responsibility that is Marilyn’s life. A stale marriage, an expanding waistline, and an elderly mother are only the beginning of her concerns as Marilyn attempts to be all things to all people. Yet, as frustrated as she feels about being constantly needed, Marilyn is wrestling with a new wrinkle to her life: not being needed anymore. Her husband Leon has left to find himself in Costa Rica—perhaps with a young girlfriend in tow—and the children they raised together are busy, independent adults. Even Arthurine, her Bible-toting mother-in-law, suddenly seems fulfilled, with vacations in Vegas and a new boyfriend. Everyone is following their dream but Marilyn. She has artistic flair that would make Martha Stewart sit up and take notice, but she’s never been able to devote much time to her ideas. With an absent husband and an empty nest, will she finally have her moment of peace? Can she focus on her own goals for a change?

McMillan is too smart for simple resolutions, however; she knows life just doesn’t work that way. Mixing tragedy with comedy, she keeps Marilyn juggling, maintaining her multitasking frenzy until the last page. Between frustrations and obligations, Marilyn begins to realize that life is nothing but a series of interruptions, and that dreams are what you make of them. Ultimately, The Interruption of Everything sees midlife as the start of a new life, and so ends with a beginning; Marilyn is full of potential, and McMillan leaves it to her readers to imagine what will happen next.

Terry McMillan is the critically acclaimed, award-winning author of five previous novels and recipient of the Essence Award for Excellence in Literature. She is also the author of A Day Late and a Dollar Short andWaiting to Exhale.

Learn More About The Interruption of Everything
print

Bridget Jones: The Edge of Reason

Jacqueline Susann’s Shadow of the Dolls

How to Change a Life