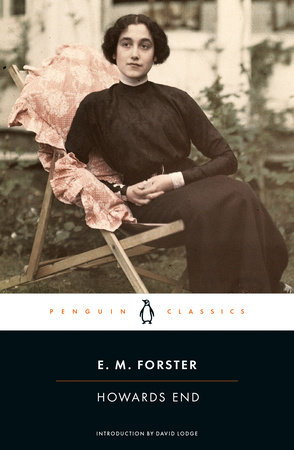 INTRODUCTION
“The more people one knows, the easier it is to replace them. It is one of the curses of London. I quite expect to end my life caring most for a place.”

The place that E. M. Forster loved so deeply that he made it the centerpiece of one of his best-loved novels was a country house just north of London called Rooksnest. From the moment he moved in with his mother at age four, “I took it to my heart and hoped . . . that I would live and die there.” Much more than just a house, for Forster, Rooksnest came to represent English country values—a connection to place, a respect for individuality, and a commitment to the contemplative life—that were increasingly threatened by the urbanization and industrialization sweeping Edwardian England. Forster’s childhood idyll was to last only ten years, for at fourteen he moved with his mother to the newly fashionable bourgeois suburb of Tonbridge Wells, home to many members of the growing business class that would become a central concern of his fiction.

In Tonbridge Wells, Forster met families who, like the Wilcoxes of Howards End, were energetic capitalists focused on motorcars and moneymaking. And if Tonbridge Wells gave rise to the Wilcoxes, Cambridge was the likely birthplace of the other central family of Howards End, the Schlegels. It was as a university student at King’s College that Forster was first inspired by the liberal humanism of philosopher George Moore, who advocated the contemplation of beauty and the cultivation of personal relations as a spiritual antidote to the rootless, mechanistic ethos of his age. Forster, together with the young men who would later form the Bloomsbury group of writers (Lytton Strachey, John Maynard Keynes, and Leonard Woolf, among others), embraced this challenge to traditional religious morality and to the growing commercial spirit of the time. Forster spent some of his happiest days in this company, a lifestyle mirrored in the Schlegels’ passion for art, friendship, and the life of the mind.

Yet, like the Schlegel sisters, he was not completely satisfied by life among the London literati. More importantly, he was starting to understand the practicality of conformist values, of “social conventions, economic trend, efficiency,” and he grew acutely aware of the limitations of liberal ideals. The Bloomsbury group’s sitting-room debates and fashionable walking-parties were for Forster too narrow, too disdainful of the economic and material conditions that made their way of life possible. Against this backdrop, the character of Margaret emerged—her curious attraction to Henry, her appreciation of money, her pragmatism. Unlike her sister Helen, whose brief entrancement with the dynamic Wilcox men quickly evolves into contempt for them, Margaret, like the man who created her, envisions a marriage of soul and body, country and city, passion and prose, culture and commerce.

While Forster created the Wilcox and Schlegel families and the England they inhabit from his own experiences, the interior lives of Leonard Bast and Jacky were drawn purely from imagination. Leonard, a poor insurance clerk only a few steps removed from his rural, working-class roots, hopes to “come to Culture suddenly, much as the Revivalist hopes to come to Jesus.” To Forster, who believed that “the character of the English is essentially middle-class,” it was people like Leonard and the Wilcoxes—aspiring to wealth, political power, and culture—who would eventually “inherit” England, not the dying aristocratic class of the Schlegels nor the working classes. Forster used Leonard’s connection with the Schlegels as the social conscience of the book. As critic Wilfred Stone wrote, “Just as [Leonard] stands on the edge of the social Ôabyss,’ so he affords the Schlegels a glimpse into it— increasing both their ‘panic and emptiness’ and their guilt over class and money.”

Because Forster did not keep comprehensive journals during his most fertile period as a writer and later destroyed some of his diaries, it is not possible to trace the entire composition of Howards End. It is known that the outline for the book crystallized sometime in 1908, about two years after Forster made a trip to the countryside to spend time with the Postens, an oddly matched stockbroker and his clever, cultured second wife who provided the immediate model for the relationship between Henry and Margaret. In a journal entry of February 1910, Forster wrote, “Am grinding out my novel into a contrast between money and death—the latter is truly an ally of the personal against the mechanical.” Clearly the advancing machine age was at the forefront of Forster’s consciousness at the time. With the social issues of man versus machine, country versus city, and culture versus money weighing on his mind, Forster completed his fourth novel. Published in November 1910, Howards End was greeted with glorious reviews, making Forster a literary star.

Over the years, Howards End has remained one of Forster’s most beloved novels. Few works combine social comedy and political commentary with the skillful characterizations seen in the Schlegel sisters. Writing during a time of lively discussion about his country’s socioeconomic conditions, Forster conceived the work as a “condition-of-England novel,” a work designed to enter Edwardian debates about wealth and poverty, art and pragmatism, country life and urban sprawl that would not have sounded unfamiliar in Thatcher’s England or Reagan’s America. Forster, with a comic suspicion of the dogmas championed by liberals and conservatives alike, provides a distinctly humanistic perspective on some of the central debates of his time and ours.

Ultimately, Howards End is the most optimistic expression of Forster’s unique vision, a sensibility that transcends the temporal confines of his novel. Its richly drawn characters and the struggles they face—to maintain human connection in an increasingly depersonalized society, to find a spiritual home in the world—are still as current as they were at the beginning of the twentieth century.

ABOUT THE E.M. FORSTER

Edward Morgan Forster was born on New Year’s Day, 1879, in Dorset Square, London, the second child (the first died soon after birth) of middle-class parents, Edward Llewellyn Forster, a Cambridge graduate and architect, and Alice Clara “Lily” Whichelo. When his son was just one, Forster’s father died after a long battle with consumption, leaving the family little money and making Lily a widow at twenty-five. Unwilling to live with relatives and unable to afford a London apartment, Lily moved to a house in the English countryside, Rooksnest, where she devoted herself to her son. At Rooksnest, Forster’s life was spent in the nurturing, overprotective “haze of elderly ladies” that included paternal aunts and Lily’s friends, and he formed a deep emotional attachment to the place, drawing later on the memories for Howards End.

When Forster was fourteen years old, he and Lily faced the disheartening news that their lease at Rooksnest was up, and they sadly moved to the suburb of Tonbridge Wells. Here, Forster attended the boarding school as a day boy, with classics as his major study. At Tonbridge he wrote for the school newspaper and won several awards for his essays, but nonetheless it was here, a place that contrasted so sharply with his happy home life, where his feelings of being an outsider hardened into an abiding distaste for the English school system.

Forster’s intellectual and social life blossomed when, in 1897, he entered King’s College, Cambridge. With the guidance and encouragement of his classics professor, Forster grew to admire the modern European writers Tolstoy, Proust, and Ibsen, and began to test his own powers as a writer. It was during these years, too, that he first began to acknowledge his homosexuality, falling in love with another undergraduate, H. O. Meredith, who would be the center of his posthumously published novel Maurice (finished in 1914). Meredith helped Forster become a member of the “Apostles,” the university’s foremost discussion group, where he formed friendships with many of the intellectuals later associated with the Bloomsbury group in London.

In 1901, with his formal education over and uncertain about a career, Forster, accompanied by Lily, set off on a year-long trip to Italy to study Italian history, language, art, and literature, and to work on a novel-in-progress. In 1903 he published his first short story, “Albergo Empedocle,” and soon thereafter started to write for the Independent Review, a social and political journal founded by his Cambridge friends, to which he would contribute regularly for many years. His first three published novels, Where Angels Fear to Tread (1905), The Longest Journey (1907), and A Room with a View (1908) received generally favorable reviews and made him a minor literary celebrity, but not until the publication of Howards End (1910) did Forster achieve major acclaim as a writer.

During 1912 and 1913 Forster journeyed to India, beginning a lifelong fascination with the subcontinent. A return journey to India in 1921 provided the inspiration for A Passage to India (1924), which was hailed as a masterpiece on publication. After writing five novels in succession, then ending a fourteen-year hiatus with A Passage to India, Forster retired as a novelist at the age of forty-five.

He spent the second half of his life as a voracious reader, reviewer, and supporter of young writers such as J. R. Ackerley and Eudora Welty. A prominent public intellectual, Forster became the first president of England’s National Council on Civil Liberties and was a lifelong spokesman for personal and political tolerance, testifying in the trial that successfully overturned the ban on D. H. Lawrence’s Lady Chatterley’s Lover. King’s College awarded Forster an honorary fellowship in 1946, and he spent the rest of his years in Cambridge. Leading an active literary and social life to the end, Forster died in 1970 at age 91.

Howards End
Back to Top