If You Come Softly Reader’s Guide 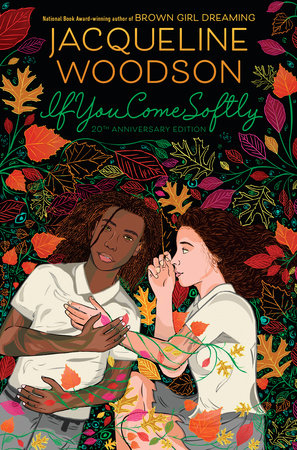 If You Come Softly Reader’s Guide

What drew you to the telling of the interracial love story in If You Come Softly? What aspects of this relationship did you want to illuminate for young readers?

A story comes to me from so many angles. When I first started writing If You Come Softly, I thought I was writing a modern Romeo and Juliet. I kept asking myself “What would be different if Romeo and Juliet was being written today?” But when I was younger, I was also deeply affected by the death of Edmund Perry—an African-American boy who was attending prep school and while home on break, was shot by cops. After the death of Perry, I took notice everytime a young black man was shot by cops—which is too often—and later found innocent. I also knew as I was writing this book that I wanted to say “Love who you want. Life is too short to do otherwise.” All of this and I’m sure a lot more was there at my desk with me as I sat down each day to work on this book.

Learn More About If You Come Softly
print

What to Say Next
Julie Buxbaum

The Sisterhood of the Traveling Pants
Ann Brashares

Darius the Great Is Not Okay
Adib Khorram

A Short History of the Girl Next Door
Jared Reck

That Was Then, This Is Now
S. E. Hinton

Holding Up the Universe
Jennifer Niven

We Are Okay
Nina LaCour

Odd One Out
Nic Stone

The Realm of Possibility
David Levithan

The Sky Is Everywhere
Jandy Nelson

Forever in Blue: The Fourth Summer of the Sisterhood
Ann Brashares

Penguin Minis: The Fault in Our Stars
John Green

The Smell of Other People’s Houses
Bonnie-Sue Hitchcock

Freshmen
Tom Ellen and Lucy Ivison
Back to Top