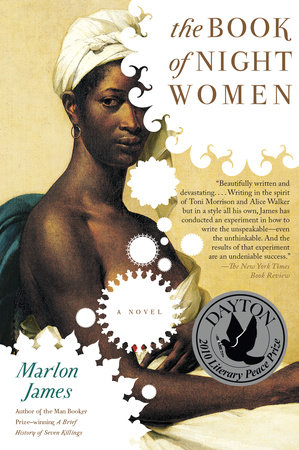 The Book of Night Women is the profoundly moving and authentic tale of Lilith, born into slavery on a Jamaican sugar plantation at the turn of the eighteenth century. From her birth, the women on the plantation recognize the ancient, dark power she possesses—something that they all come to both revere and fear as they plot a revolt against their owners. As Lilith grows into her own woman, with her own aspirations, and as her passion for their plantation manager develops into a feeling deeper than she could have imagined, she threatens to become the weak link in the women’s plans.

Deeply affecting and beautifully written, The Book of Night Women instantly joins the ranks of the classic literature of slavery.

Praise for The Book of Night Women

“Beautifully written and devastating…writing in the spirit of Toni Morrison and Alice Walker but in a style all his own, James has conducted an experiment in how to write the unspeakable—even the unthinkable. And the results of that experiment are an undeniable success.” —The New York Times Book Review “A very nearly perfect work: an exquisite blend of form and content.” —The Toronto Globe and Mail “The narrative voice [in The Book of Night Women] is so assured and the descriptions so detailed and believable that one can’t help being engaged. This is a book to love… engaging our deepest emotions on the greatest cultural issue of the Americas, that of race, and it deserves to be read.” —Chicago Tribune

Marlon James was born in Kingston, Jamaica. A professor of literature and creative writing at Macalester College, he divides his time among Minnesota, New York, and Jamaica.