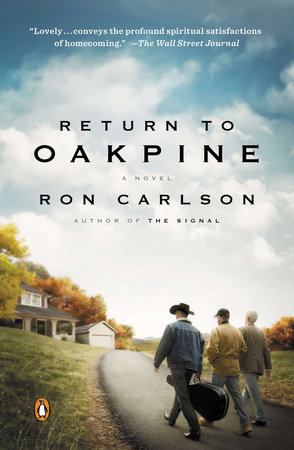 Ron Carlson has always been a critics’ favorite, but Return to Oakpine shows the acclaimed writer at his finest. In this tender and nostalgic portrait of western American life, Carlson tells the story of four middle-aged friends who once played in a band while growing up together in small-town Wyoming. One of them, Jimmy Brand, left for New York City and became an admired novelist. Thirty years later in 1999, he’s returned to die. Craig Ralston and Frank Gunderson never left Oakpine; Mason Kirby, a Denver lawyer, is back on family business. Jimmy’s arrival sends the other men’s dreams and expectations, realized and deferred, whirling to the surface. And now that they are reunited, getting the band back together might be the most essential thing they ever do. 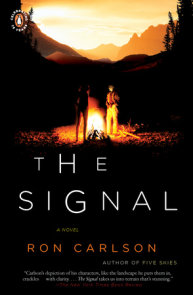 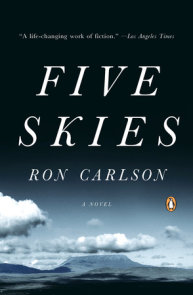 See all books by Ron Carlson

Ron Carlson is the award-winning author of four story collections and five novels, most recently Return to Oakpine. His fiction has appeared in Harper’s, The New Yorker, Playboy, and GQ, and has been featured on NPR’s This American Life and Selected Shorts as well as… More about Ron Carlson

"A love story and a wilderness adventure that mount to a climax of shocking, and satisfying, violence."
— Los Angeles Times

"Carlson never drops an extra word or a false phrase, even as The Signal accelerates like an avalanche…If men can’t be brought back to fiction by books as fine as this one, it’s their own damn fault."
— The Washington Post

"Read Ron Carlson’s latest, The Signal, and you’ll be convinced that the answer to your worries resides in the woods, in getting back to basics….It’s a sweet, tidy little book about a broken rancher. And yet it won’t just help you pass the time, it will help you out." — Esquire

"Long revered as a master of the short story, Carlson has a talent for describing landscape (both internal and external), and that translates here intact. At fewer than two hundred pages, it’s beach ready, too."
— GQ

"Uncommonly fine…Carlson’s writing is crisp and blunt, much like the very Wyoming landscape he describes. The Signal is about small, tight things that widen out into immensities. it is about love and regret and the pain of loss and the wild parts of Wyoming." — Chicago Tribune

"A life-changing work of fiction."

"Carlson’s style–low-key, deliberate, reminiscient of both early Hemingway and contemporay James Salter…can turn even a shopping list into a poem."

"A masterpiece."
— The Atlantic

Praise for Return to Oakpine

“Carlson’s new novel, with its themes of male friendship and second chances, hoes much the same furrow as his lovely previous books Five Skies and The Signal… Carlson’s crafted an emotive yet pellucid prose style that conveys the profound spiritual satisfactions of homecoming.”—The Wall Street Journal

“As stirring and memorable and utterly rejuvenating a novel as you’ll read…Carlson infuses these pages with such conviction, such perfectly orchestrated pathos…the book is as lean and structured as a sonnet, and it has a split-focus climax as sharp as an ax.”—The Washington Post

“In this new book of his, Ron Carlson has done a splendid job of making a reader feel at home in Oakpine…Carlson can sometime sound the music of the entire novel in a single sentence.”—Alan Cheuse, “All Things Considered,” National Public Radio

“Engaging…These men and their tender, disgruntled families get almost enough to sustain them, but not quite enough to calm the inner cry.  These characters will stay with you because this is how we are too.”—The New York Times Book Review

“[An] eloquent and moving novel…the tension that drives Return to Oakpine [is] between what we want to do and what we need to do, between our dreams and our responsibilities.”—Los Angeles Times

“In this novel by an American master, four middle-aged friends, once members of the same high school band, reunite in their Wyoming hometown thirty years later, reconciling the people they’ve become with the kids they used to be.”—O, The Oprah Magazine

“Carlson excels in small-town Western Americana, in both embracing and interrogating nostalgia in quiet, controlled prose…a humane portrait of the lives we lead and leave behind, peeling back nostalgia’s gold veneer with grace, empathy, and a pragmatic sense of optimism.”—Kansas City Star