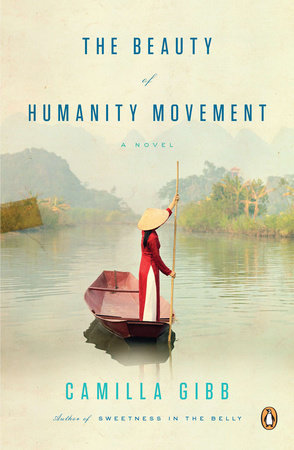 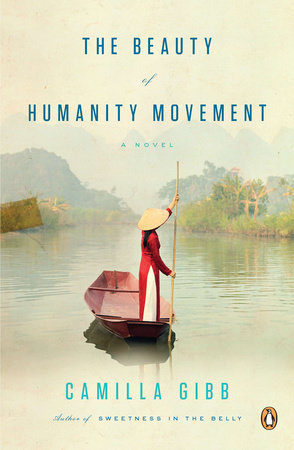 About The Beauty of Humanity Movement

The acclaimed author of Sweetness in the Belly journeys to Vietnam in this rich and tantalizing new novel.

Raised in the United States but Vietnamese by birth, Maggie has come to Hanoi seeking clues to the fate of her father, a dissident artist who disappeared during the war. Her search brings her to Old Man Hu’ng’s pho stall. The old man once had a shop frequented by revolutionary artists, but now Tu’, a hustling young entrepreneur, is his most faithful customer. Maggie, Hu’ng, and Tu’ come together during a highly charged season that will mark them forever. Exploring the indelible legacies of war and art, as well as love’s power to renew, The Beauty of Humanity Movement is a stellar achievement by a globally renowned literary light.

About The Beauty of Humanity Movement

The acclaimed author of Sweetness in the Belly journeys to Vietnam in this rich and tantalizing new novel.

Raised in the United States but Vietnamese by birth, Maggie has come to Hanoi seeking clues to the fate of her father, a dissident artist who disappeared during the war. Her search brings her to Old Man Hu’ng’s pho stall. The old man once had a shop frequented by revolutionary artists, but now Tu’, a hustling young entrepreneur, is his most faithful customer. Maggie, Hu’ng, and Tu’ come together during a highly charged season that will mark them forever. Exploring the indelible legacies of war and art, as well as love’s power to renew, The Beauty of Humanity Movement is a stellar achievement by a globally renowned literary light. 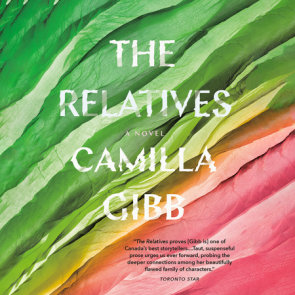 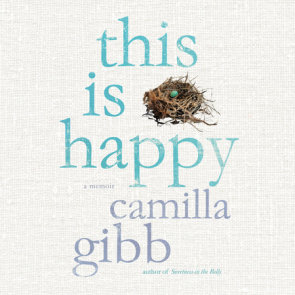 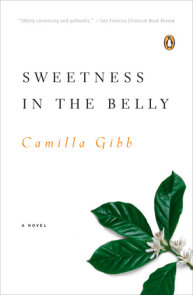 See all books by Camilla Gibb

See all books by Camilla Gibb

CAMILLA GIBB was born in London, England, and grew up in Toronto. She is the author of four internationally acclaimed novels—Mouthing the Words, The Petty Details of So-and-so’s Life, Sweetness in the Belly and The Beauty of Humanity Movement—as well as the bestselling memoir This… More about Camilla Gibb

CAMILLA GIBB was born in London, England, and grew up in Toronto. She is the author of four internationally acclaimed novels—Mouthing the Words, The Petty Details of So-and-so’s Life, Sweetness in the Belly and The Beauty of Humanity Movement—as well as the bestselling memoir This… More about Camilla Gibb 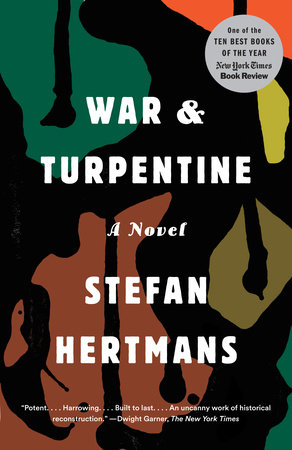 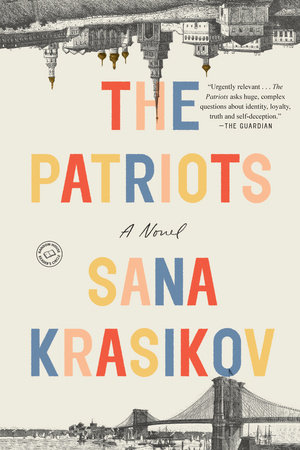 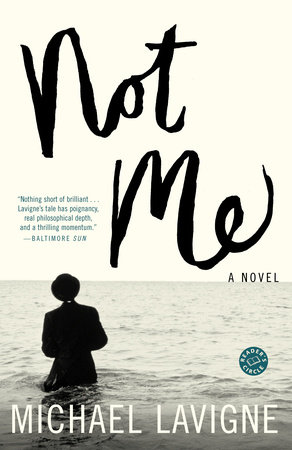 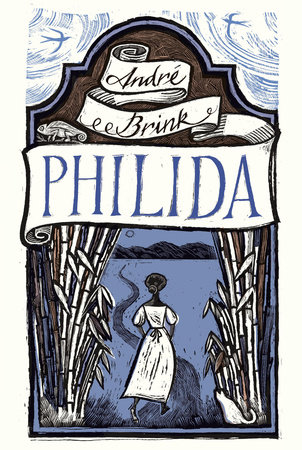 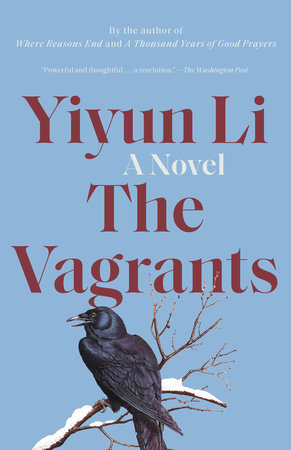 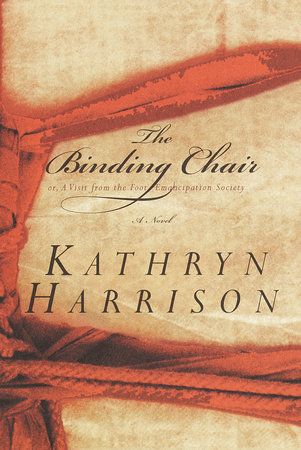 The Binding Chair; or, A Visit from the Foot Emancipation Society 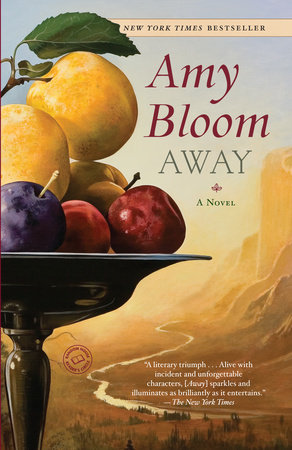 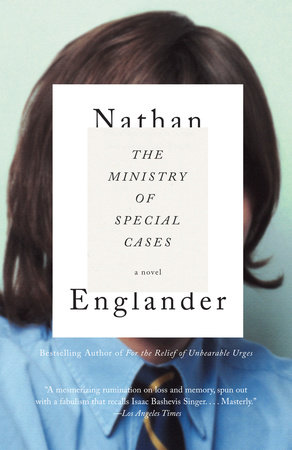 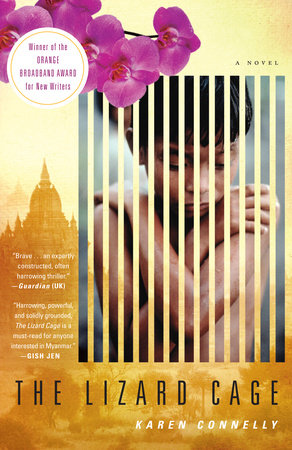 “I enjoyed reading this book. The Vietnamese characters were skillfully brought to life by the author. A good job was done showing contemporary Vietnamese life while reviewing much of the history of this country. In America we don’t know the story of the North Vietnamese people. This book brings out the problems and delights of their culture. By seeing North Vietnam through the eyes of a woman who is Vietnamese by birth but spent much of her life in America we can relate to many of her impressions. This book would be good for discussions in a book club.”
–Rated 5 of 5 by Doris K. (Angora, MN)

“I found this a compelling, very well-written book that touches on many issues and ideas: Vietnam and Vietnamese history, culture and society; family; art and politics; how cultures and traditions shift in the face of history; “outsider” perspectives on America and Americans; food and cooking; and love and relationships. I’ve been to Hanoi, where the book takes place, once, for only a single week, but found her descriptions so accurate that I assumed her cultural and historical perceptions must be as well. Highly recommended.”
–Rated 5 of 5 by Susan B. (Rutledge, MO)

“Camilla Gibb has created a love story, a history, and a biography which takes place in Viet Nam. This book contains so much of an education, yet it is delivered in a beautiful and interesting manor. I enjoyed this book and have been inspired to find out more of the history of Viet Nam both yesterday and today.”
–Rated 5 of 5 by Trezeline B. (Columbia, MD)

“Having been a huge fan of Camilla Gibb’s previous book, Sweetness In the Belly, I expected to immediately be swept up with her new one. I was slightly disappointed that it wasn’t to happen right away in this book, but very much rewarded as she slowly wove her magic, unveiling an exquisite story of contemporary Vietnam, particularly her tying in of its art and literature. The main character, Old Man Hung, is a private, yet charming man who creates his own magic with his secret recipe for pho, an aromatic beef noodle soup that makes him sought after in the nearby towns. Among some of his frequent customers are a woman who is Vietnamese from the US in search of her artist father, and a young man named Tu, who is an enterprising tour guide that she enlists to show her around. These characters, as well as others in the story, are very likable, and the author does a wonderful job in her descriptions of the foods, smells, the poverty, as well as the beauty of the land and the art. A lovely and gripping novel.”
–Rated 5 of 5 by Linda G. (Walnut Creek, CA)

“This was a very moving book. The story touches on the effects of war, political upheaval, repression and poverty, which might be difficult for some to read. It also touches on love and survival. It was both haunting and hopeful. I would highly recommend the book.”
–Rated 5of 5 by Mary B. (St Paul, MN)

“I loved this book! Being a baby-boomer, I have long wondered why there have not been more books written about the Vietnam War and its after effects. The author writes with great sensitivity about some very difficult issues. I was impressed by her ability to weave together the stories of the various characters. Even the minor characters are memorable and add to the richness of the book. I would definitely recommend this book to readers who are interested in the people, rather than the politics or the battles, of the Vietnam War era of American history.”
–Rated 5 of 5 by Kathleen W. (Appleton, WI)

“I found this an interesting read. The story is a nice blend of modern and old Vietnamese culture. There are few books in English which deal with this period of North Vietnam history. The characters are interesting and the story includes information about cooking and visual art two of my favorite subjects. I also appreciated that the author did not seem to have any political slants and just told a story.”
–Rated 5 of 5 by Carolyn G. (South Pasadena, CA)

“As one who lived through the turmoil perpetuated by the Vietnam War, I’ve reacted to this lovely book on many levels. The first was in the reliving of the horror of body bags televised nightly combined with the civil unrest perpetuated by this very unpopular war. Now some 30-40 years later comes this well crafted story of this small group of Vietnamese people giving insight as to what this war was really about. The author is able to make you see the sights and smell the smells of Vietnam as well as make you care about the main characters, particularly Hung. The struggles of the main characters humanize the war in a way that is new to me. The book certainly lends itself for discussion in many directions.
Though the Beauty of Humanity Movement refers to a group of artists and poets struggling to express their art, to me the real Beauty of Humanity Movement is embodied in this small group of people who in spite of all their hardships never waiver in their devotion to one another.
I highly recommend this book.”
–Rated 5 of 5 by Iris F. (W. Bloomfield, Michigan)

“At once both a brilliantly conceived novel about the past and present in Vietnam, and an inquiry into family, love and responsibility, Camilla Gibbs writes with familiarity with the country: in particular the trauma, deprivation and political turmoil the north experienced during the years of the American War. The main characters are well developed, especially Hung, the itinerant pho vendor. One thing that struck me was Hung’s recognition of the difference in 3 generations, with the middle one-the ones who became silenced or compromised by the revolution-not the same as the dissidents of the first and the young influenced by the post war cultural changes since opening to the west. The arts endure and somehow a people survive, nourished by what’s most meaningful to them. Love and redemption for Hung and Lan, Maggie, Tu and Binh transcend the boundaries of traditional family and bring together the stories of a nation in conflict. Few Americans have heard stories about how North Vietnam endured during our war there. Having spent time in communist or post-communist countries I’m familiar with the corrosive effects of the system on the population and Gibb has woven those into the story skillfully. This is a good book club read as well as for individuals interested in the country or the period.”
–Rated 5 of 5 by Claire M. (Sarasota, Florida)

“I loved the prospective of this book. It gives back ground into a world I think is unfamiliar to most people. I found myself not wanting to put it down and/or picking up just to read a couple more lines here and there. It offers mystery, history and culture. I feel this book would appeal to a great many readers.”
–Rated 5 of 5 by Maggie P. (Redmond, WA)

“I enjoyed this book. Ms Gibb is a good writer. (Actually, I have been browsing Amazon.com to select another of her books.) Her characters were very well developed. I was pleasantly surprised by how knowledgeable she was about the conflicts the Vietnamese people engaged against the French and the Americans to regain their country. I lived during those years and was aware of the later conflict since I was a member of the US Army Reserve. However, this book refreshed my memory that people were basically alike regardless of their language, color of their skin, and so forth. As I was reading her book, the statement, “War is Hell”, kept surfacing and that common people (like you and I) came to mind for we truly suffer during war time.”
I have been reading recently about other Asian countries who have revolted successfully against repressive governments which have become repressive themselves. Having